You are here: Home / Weather / Climate Change Will Effect Everyone Not Just Poor Countries 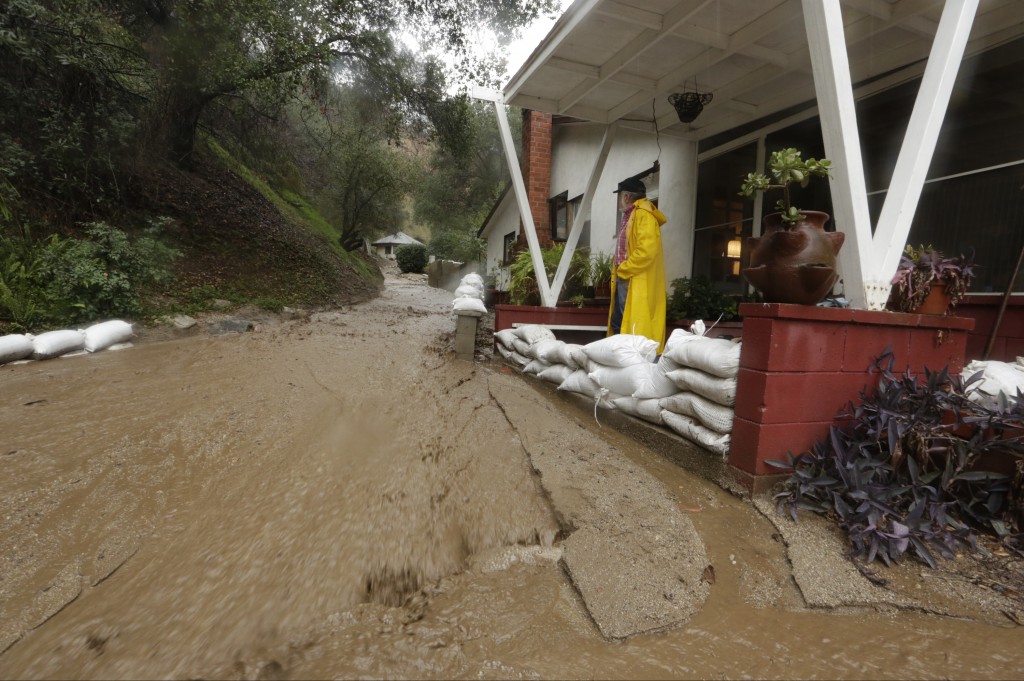 A well-meaning but ultimately flawed new study tries to argue that climate change is even more unfair than we thought. It has long been understood that climate change is uniquely inequitable and immoral since most of the world’s poorest countries will suffer greatly from its impacts, even though they have contributed little or nothing to the problem because they are historically low emitters of carbon pollution.

A study released Friday by The University of Queensland and the Wildlife Conservation Society goes even further, however, arguing that the world’s big carbon polluters won’t suffer greatly from climate change.

The study, published in the journal Scientific Reports, asserts:

Some countries, such as China and the United States of America, are in a win-win position of achieving economic growth through fossil fuel use with few consequences from the resulting climate change, while many other, mostly Island and African, countries suffer low economic growth and severe, negative climate change impacts.

While the second half of that assertion is true, the first half is, quite frankly, absurd. China and the U.S. are both going to suffer devastating consequences from climate change — indeed, we already are.

“It is certainly clear that the rich nations have gotten rich on fossil fuels and that many of the world’s poorest countries are going to suffer a great deal and they didn’t contribute at all,” as I told the Christian Science Monitor Friday. “It’s also clear that the U.S. isn’t doing its fair share. Those points are sort of indisputable.”

But it’s a mistake to leave people with the impression that it’s only poor countries that will take the brunt of climate change, as I have explained many times. We are the world’s breadbasket with a vast, highly populated shoreline. We are very vulnerable to changes in precipitation, drought, heat waves, extreme weather events, storm surge, and sea level rise, as well as ocean acidification, invasive pests like bark beetles, and spreading tropical diseases. The list goes on and on.

Just this Monday I reported on the latest study showing the U.S. Southwest is drying out exactly as the climate models had predicted, dramatically increasing the chances for mega-droughts. We saw a glimpse of the havoc this drying (combined with warming temperatures) can bring in the recent multiyear California drought — as well as the devastating Texas and Oklahoma drought earlier in the decade. A 2014 study found that “drying will spread to 30 percent of land” around the globe because of climate change, and “even regions expected to get more rain, including important wheat, corn and rice belts in the western United States and southeastern China, will be at risk of drought.”

Rising sea levels and storm surges will be especially devastating to countries like the U.S. (and China) that have vast amounts of wealth along their shores. To be clear, poor low-lying countries, like Bangladesh and the small island states, will be devastated by human-caused increases in sea level and storm surges. And, again, every rich country has a moral responsibility to help poor countries deal with a problem they did essentially nothing to create.

But the U.S. has more than $1.4 trillion in vulnerable coastal property along the U.S. shore. A 2013 NOAA study found that under business-as-usual climate change and sea level rise projections, Superstorm Sandy-level storm surges will become commonplace on the Northeast coast in the second half of this century. And a study from just last month found that human-caused climate change appears to be supercharging East Coast superstorms more than we thought, boosting both precipitation and storm surge in particular much faster than the global average.

For the new study to claim climate change is “win-win” for countries like China and the U.S. simply has no basis in fact. And the study has been generating equally inaccurate headlines, like this one in Time magazine: “The U.S. emits the second most greenhouse emissions but is largely shielded from the worst effects.” There is no such shield.

Let’s all stipulate that human-caused climate change is uniquely inequitable and immoral since it impacts so many people who contributed virtually nothing to the problem. Indeed, the world’s leading scientists and governments have gone on record that climate change is even more inequitable and immoral than that — because if we allow the worst impacts to happen, they will be irreversible on a timescale of hundreds of years, thereby ruining a livable climate for countless generations yet unborn. We can also stipulate that the rich countries are not doing enough to avoid the catastrophic impacts of carbon pollution that will continue to accelerate as we near and then cross the 2°C (3.6°F) “defense line.”

But climate science and recent observations make clear that the rich countries and China are already experiencing severe consequences from climate change — and are headed for catastrophic ones with trillion-dollar price tags if we don’t slash emissions far more than we have already pledged.

Interestingly, while the University of Queensland news release has a misleading headline, it provides a useful metaphor: ” ‘Like second-hand smoke’: Worst emitters least affected by climate change.”

As I told the Christian Science Monitor, ” ‘Second-hand smoke’ is a good analogy but remember that first-hand smoke has plenty of problems too.”

When it comes to ransomware, you don't always get … END_OF_DOCUMENT_TOKEN_TO_BE_REPLACED

Peyton Carr is a financial advisor to founders, … END_OF_DOCUMENT_TOKEN_TO_BE_REPLACED