You are here: Home / Entertainment / The clown costumes, no more liked by the Americans for the Halloween night 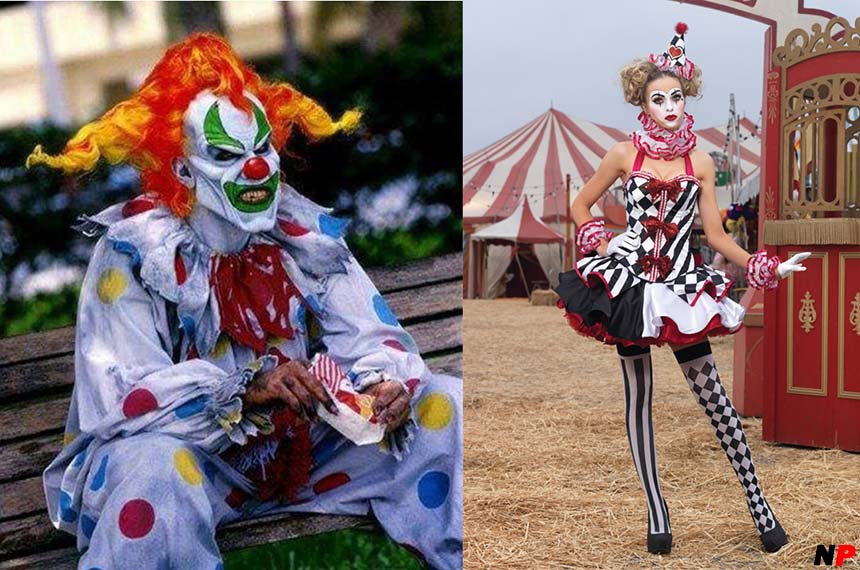 The Halloween costumes refer to anything that is scary, but this year the clown’ suits were considered by the Americans too horrible to be dressed, according to the AFP. On October 31, millions of children dressed as witches, cadavers or skeletons are out on the streets to demand sweets from door to door in a brightly carnival atmosphere. But, the clown suits were not among the favorites, this year. The Target markets stopped selling clown masks, according to the spokesman Joshua Thomas. ‘You can not to dress up in a clown, the world will believe that you are one of them’, told a child to his colleague, who chosen this costume. The clowns are part of the traditional community of horror movies and of the haunted houses from the entertainment parks. But, in the USA, the psychosis is true, and on the Internet, the aggression committed by ghostly clowns is proliferated.

The fear of clowns is not taken into deeds in the USA where the authorities warned against any improper use of this disguise on October 31. ‘You know that you can be arrested if you wear the mask of a clown with the intention of disturbing the public order’, warned on Twitter the office of the Palm Beach’s sheriff. The Kemper County in Mississippi prohibited the wearing of the clown costume during the Halloween and those who will break this interdiction will get a $150 fine. The ‘trend’ of the persons disguised as clowns to scare children and adolescents, started in August when several cases of costumed persons trying to lure minors in forests, in South Carolina, were reported. Since then, were recorded numerous cases of clowns or groups of disguised persons that scared and even put on the run some inhabitants in various states starting with Alabama and until Wisconsin.

When it comes to ransomware, you don't always get … END_OF_DOCUMENT_TOKEN_TO_BE_REPLACED

Peyton Carr is a financial advisor to founders, … END_OF_DOCUMENT_TOKEN_TO_BE_REPLACED