You are here: Home / Entertainment / Coldplay gives a free concert in India 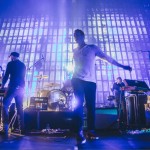 Coldplay will have its first concert in India, on November 19, at Mumbai. The show will be free, according to the Global Citizen Festival, the distributor of the events tickets in exchange of individual actions of preventing the extreme poverty. Global Citizen Festival says it will offer more details about the shows promoted in their abroad extension. They have already announced the Coldplay concert and they revealed that the show is free, to combat the rumors according to which the tickets could be too expensive. Established in 2012, this festival takes place in Central Park from New York, every day, on the margin of the ONU general meeting, to determine the world’s leaders gathered at the United Nations during this period to act against the poverty. Chris Martin, the vocal of Coldplay is the creative director of the Global Citizen Festival.

According to the festival’s representatives, the tickets for this festival from India will be free, just like the ones for the annual festival from New York. The fans can win the tickets by taking actions of equality and education’s support or, by taking part in the health campaigns. The Coldplay concert will take place with the occasion of the ‘World Toilet Day’ which reveals numerous health problems, especially in India, where half of the population has no access to toilets, which represents a major risk for the human health. The band made their video for the ‘Hymn for the week-end’ song in India and launched it in January, the critics saying that the video presents a stereotyped image of the country. Global Citizen Festival 2016 will take place on September 24, in Central Park, with the participation of the legendary rock band Metallica, of the R&B star Rihanna and of the rapper Kendrick Lamar. The Indian prime-minister, Narendra Modi, took place at the 2014 festival to show his support.

When it comes to ransomware, you don't always get … END_OF_DOCUMENT_TOKEN_TO_BE_REPLACED

Peyton Carr is a financial advisor to founders, … END_OF_DOCUMENT_TOKEN_TO_BE_REPLACED