You are here: Home / Business / A collection of art pieces from the time of the Nazi Germany will be exposed in Bern, Switzerland 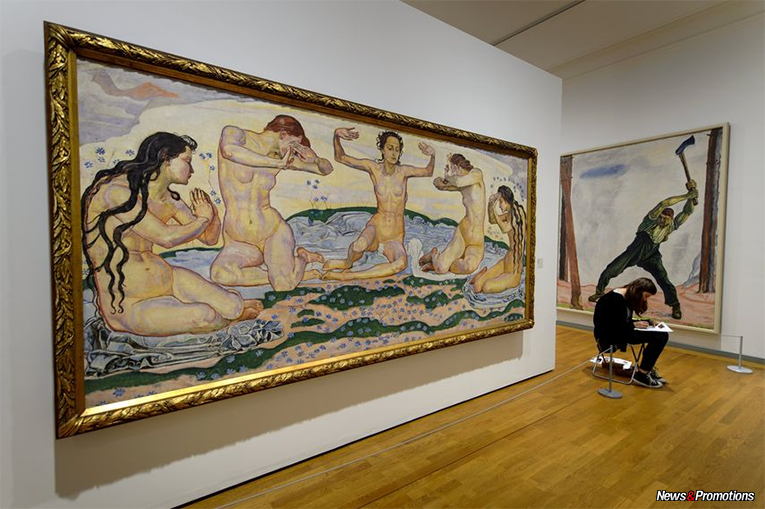 A Court of Munich approved 1,500 pieces of a collector of art objects from the time of the Nazi Germany to be exposed in accordance with the collector’s wish, at the Museum of Fine Arts in Bern, Switzerland, rejecting the opposition of a relative of the deceased collector who demanded that the entire collection to remain in the native country, reports the DPA. Cornelius Gurlitt who died in 2014, at the age of 81 years, wrote in his will that its entire collection of art objects that includes works of Munch, Toulouse-Lautrec, Cezanne or Liebermann, to be exposed at the Museum of Fine Arts in Bern. Uta Werner, a cousin of Gurlitt, contested the relocation of the collection at the museum in Switzerland, mentioning that the former collector was not apt from the mental point of view when he took such a decision.

The Regional Court of Munich rejected the request submitted by Werner, indicating that this collection will go at the Museum of Fine Arts in Bern. Cornelius Gurlitt lived from the sale of some of the pieces from this collection, which was gathered by his father, Hildebrand Gurlitt. A large part of it was stored in poor conditions, in the Gurlitt’s flat in Munich, the objects being discovered by the authorities in 2012 after an investigation related to the fee payment. As a result of the Court’s decision, the German Minister of Culture Monika Gruetters indicated that with this solution, the provenience of this art collection will be able to be determined.

Hildebrand Gurlitt was one of the few collectors of art during the Nazi Germany, being accused that he sold works of art that were confiscated by the Nazi regime’s officials or works stolen from the Jewish citizens. The paintings in the collection of the Gurlitt will be exposed in 2017 in Bonn and in Bern.

When it comes to ransomware, you don't always get … END_OF_DOCUMENT_TOKEN_TO_BE_REPLACED

Peyton Carr is a financial advisor to founders, … END_OF_DOCUMENT_TOKEN_TO_BE_REPLACED