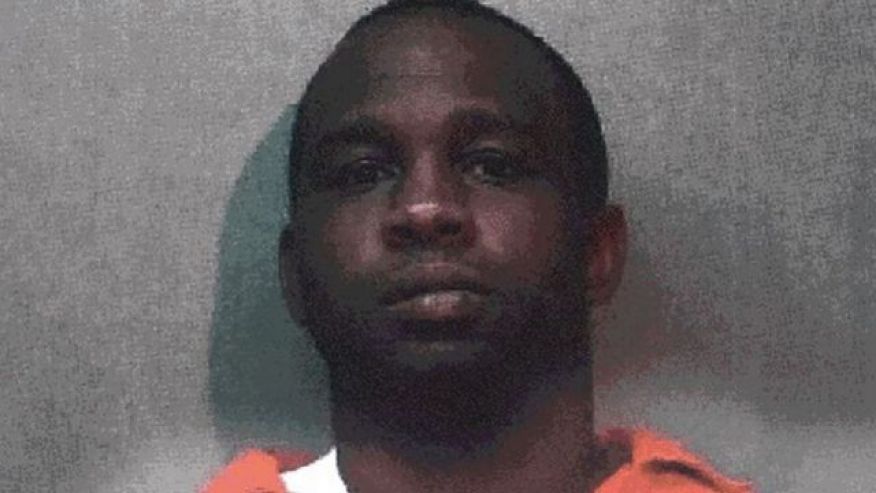 Louisiana officials have issued an arrest warrant for a convicted murderer they say was accidentally released from prison last week. Benjueil Johnson, 32, was serving a 40-year sentence at the Dixon Correctional Institute in Jackson, La., after pleading guilty to manslaughter and illegal possession of a firearm by a convicted felon.

WAFB reported that Johnson was released on good behavior from Dixon for prior charges September 23. He was then transferred to the East Feliciana Parish jail to be booked on a misdemeanor count of battery of a correctional officer. After he was processed, Johnson posted a $10,000 bond and was free to go because the manslaughter conviction did not appear in his state Department of Correction file.

“We’re not trying to make excuses, it’s something that should not have happened,” Louisiana Department of Correction spokeswoman Pam Laborde told the station. “On [Johnson’s] rap sheet, there was information on there that should have prompted the records staff at [Dixon] who was working on his case to at least call … and say ‘Hey, I see something on it, I’m not sure what’s going on, I don’t have any paperwork on a conviction, but there may be something here, can you tell me what it’s about?'” Laborde said.

The Baton Rouge Advocate reported that law enforcement officials were not made aware of Johnson’s accidental release until Monday, when he was recognized by a passerby.

“We got a call Monday from someone saying they saw him and asking us why he was free,” Iberville Parish Sheriff Brett Stassi told the paper. Stassi contacted the Department of Correction, which launched the current manhunt.

Johnson had pleaded guilty to manslaughter in the slaying of 31 year-old Cordies Gales, who was found shot to death in September 2010. The Advocate reported that the two men had been involved in a fight over a gambling game.

“I’m shocked. I’m concerned,” Tony Clayton, a special prosecutor who helped put Johnson behind bars, told WAFB. “He’s a dangerous person, but we’re going to get him, we’re going to catch him. If he’s a smart man, which he probably isn’t, he should probably turn himself in and if not – we’re going to use every resource available to take him off the streets.”

Stassi told the Advocate Johnson has family in Ibreville Parish, which is located south of Baton Rouge, but investigators had thus far been unable to locate him.

When it comes to ransomware, you don't always get … END_OF_DOCUMENT_TOKEN_TO_BE_REPLACED

Peyton Carr is a financial advisor to founders, … END_OF_DOCUMENT_TOKEN_TO_BE_REPLACED