You are here: Home / Lifestyle / Cool Off this Summer in a 1,000 Foot Water Slide in Nebraska 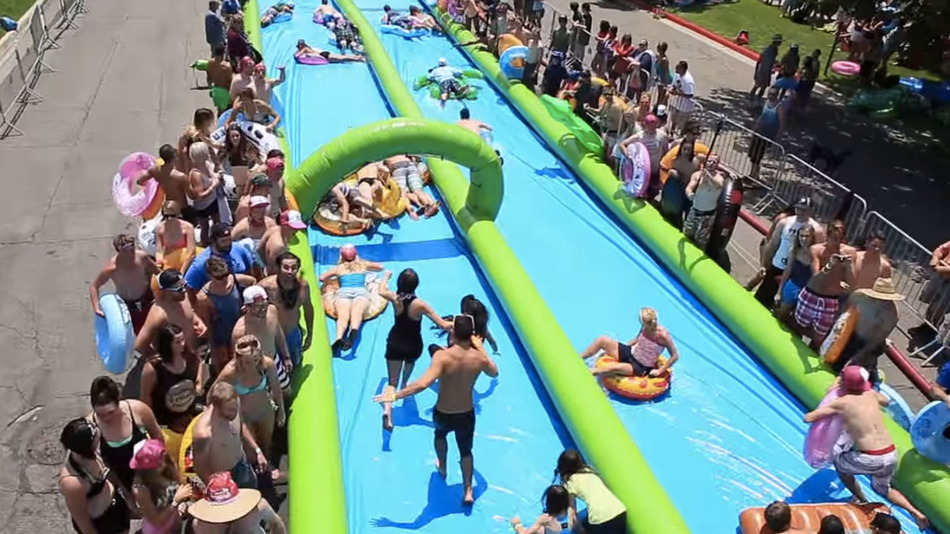 They’re currently setting up an inflatable water slide in Omaha, Nebraska, for a sold-out event on Aug. 1. About 4,000 people will be jumping into swimsuits and getting in line to ride the mega slide.

And you thought your block parties were cool.

Slide The City has toured other cities before, like Salt Lake City, Utah and Boise, Idaho. An event was planned for Los Angeles last year, but was eventually rejected because of California’s drought.

The organization has a big roster this August, with planned events in New York City, Philadelphia, Akron, Cincinnati and more. If you’re lucky, they might slide into a city near you.

When it comes to ransomware, you don't always get … END_OF_DOCUMENT_TOKEN_TO_BE_REPLACED

Peyton Carr is a financial advisor to founders, … END_OF_DOCUMENT_TOKEN_TO_BE_REPLACED