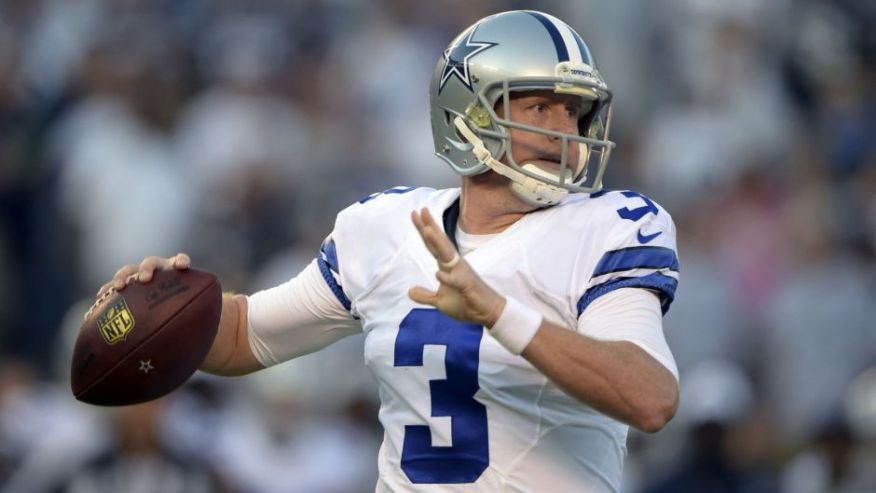 Dallas Cowboys backup quarterback Brandon Weeden sustained a concussion in the team’s second preseason game against the San Francisco 49ers on Sunday. The quarterback says it was the third concussion of his career, and he admits he is concerned about the long-term effects that can occur from getting concussions:

“If you’re ankle’s hurt, yeah, I’m fine, throw some tape on it. But you have a headache? Yes? All right, you want to be smart,” Weeden said (via ESPN). “I’m 31 years old and I don’t want to be 50 and not be able to know my kids’ names. To me that’s a lot more important than trying to play it out for one more series in a preseason game. It’s not worth it. Super Bowl? Little different deal.”

After taking the hit, Weeden’s balance and memory checked out fine. However, he had enough of a headache to keep him from returning to the game after the sack. While Weeden has since improved, he did not practice on Tuesday.

Concussion protocol will have to be followed to determine if Weeden is fine to suit up against the Cowboys on Saturday, when they play the Minnesota Vikings.

Weeden’s comment about not being able to remember his kids names from the damage of multiple concussions should not be taken lightly.

The long-term impacts from suffering too many concussions are no laughing matter.

When it comes to ransomware, you don't always get … END_OF_DOCUMENT_TOKEN_TO_BE_REPLACED

Peyton Carr is a financial advisor to founders, … END_OF_DOCUMENT_TOKEN_TO_BE_REPLACED