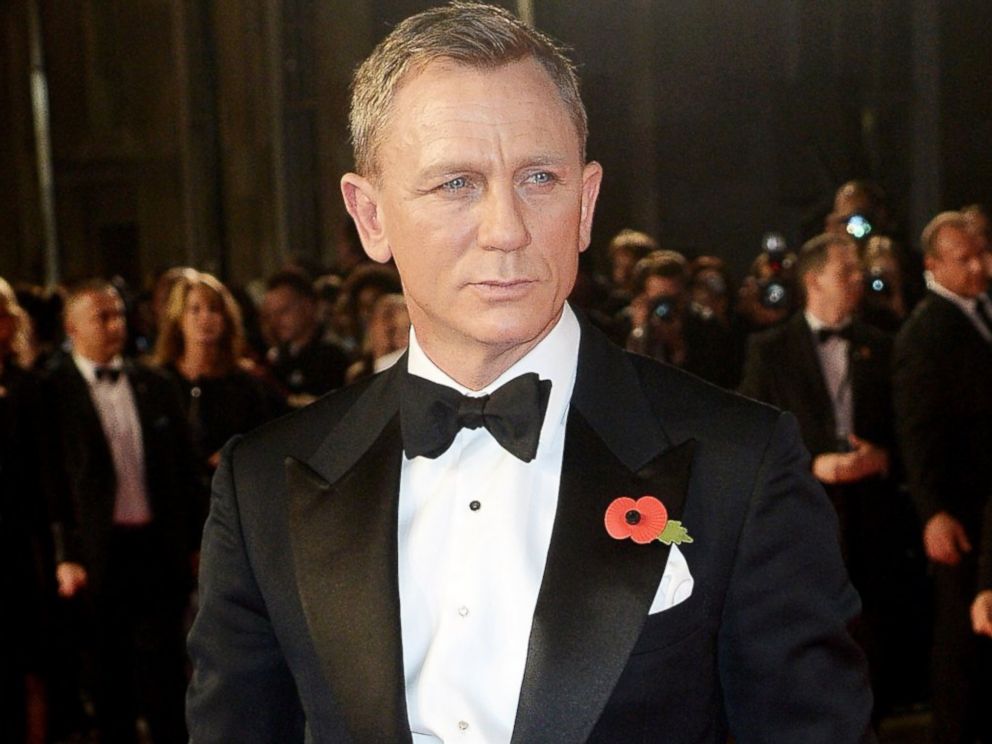 Daniel Craig, accompanied by the latest James Bond girls, looked dashing for the world premiere of Spectre, the latest movie installment of the world’s best known spy. It was the 24th in the Bond series, teaming up Sam Mendes and Craig again.

Hollywood has great expectations for the Daniel Craig Sam Mendes film, after their 2012 hit Skyfall broke all previous Bond records and producers hope this will, do the same.

Sam Smith also made an appearance on the red carpet at the Royal Albert Hall after penning the latest Bond theme song, “Writing’s on the Wall”, which is the first Bond hit to go to number 1 on the charts.

While the night may have belonged to Craig, it was Prince William, Kate and Prince Harry who stole the show, bringing some glam and glitz to the red carpet at Royal Albert Hall, making it a true Royal Premiere.

The Duchess of Cambridge looked absolutely stunning in a sheer Jenny Packham gown, a glamorous chignon, accessorized with a crystal clutch and Jimmy Choo heels, accompanied by her own dashing Duke, Prince William, dressed to kill in a suave black tux.

And of course since it’s a Bond premiere the future Queen showed that diamonds really are forever, wearing chandelier drop earrings.

It was a glittering premiere. Ralph Fiennes attended as Bond’s new boss, M, taking over for the departing Judy Dench, while Christoph Waltz is back as Bond’s nemesis, Franz Oberhauser. Monica Belucci takes a turn as a new Bond girl.

Craig, the sixth actor to take on the role, is starring in his fourth Bond film.

Earlier this month, Craig reportedly said he’d rather “slash my wrists” than shoot another Bond flick, but tonight he left open the possibility he might be back, saying he just doesn’t know if he’ll return.

Barbara Broccoli, the longtime producer of the Bond films whose father started the franchise, praised Craig, saying they couldn’t imagine a future without him.

Naomie Harris, who plays Miss Moneypenny, spoke on the red carpet, echoing the praise for Craig and Mendes.

“I want Daniel to always be Bond and I want Sam to always direct as well,” she said.

It seems that Craig left out hope for teaming up with Mendes again, praising his friend and Oscar winning director, saying he loved the man and wished he could work with Mendes on every film.

Asked who he thought should be the next Bond if not him, Craig quipped: “I don’t care, as long as they’re good.”

When it comes to ransomware, you don't always get … END_OF_DOCUMENT_TOKEN_TO_BE_REPLACED

Peyton Carr is a financial advisor to founders, … END_OF_DOCUMENT_TOKEN_TO_BE_REPLACED