You are here: Home / Business / Debbie Reynolds and Carrie Fisher will be buried together 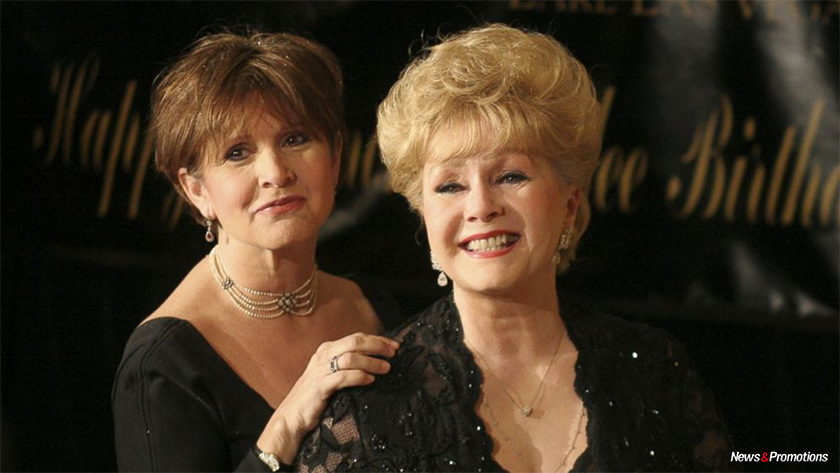 Debbie Reynolds and Carrie Fisher, who have died at a distance of one day, will have a common religious service and will be buried one next to the other, announced the family, quoted by Reuters. Todd Fisher, the son of Debbie Reynolds and the brother of Carrie, said that his mother and sister will be buried at the Forest Lawn Memorial Park in Hollywood Hills. Todd, 58 years old, said that he and the other members of the family will meet to determine the details related to the preparations of the funerals, including the data. He said that the family wants two private events, a common religious service, and a funeral one next to the other of the two actresses, mother and daughter, at Forest Lawn, which will be followed by a form of public homage. Debbie Reynolds, who remained in the hearts of the Americans for her roles as the one in ‘Singin’ in the Rain’, died at 84 years.

Her daughter, Carrie Fisher, 60 years old, died a day before that, at four days after she suffered a heart attack in a plane with which she returned from England. In an interview broadcast by the ABC News, Todd Fisher spoke about the last hours of the life of his mother, insisting that ‘she didn’t die of a broken heart’, but ‘she just left to be with Carrie’. ‘…Carrie was a force of nature in her own right, you know, it took another force of nature to bridle and work with that and she was great with her’, Fisher said.

When it comes to ransomware, you don't always get … END_OF_DOCUMENT_TOKEN_TO_BE_REPLACED

Peyton Carr is a financial advisor to founders, … END_OF_DOCUMENT_TOKEN_TO_BE_REPLACED