You are here: Home / World / Democrats’ closing pitches turned into a nail-biter 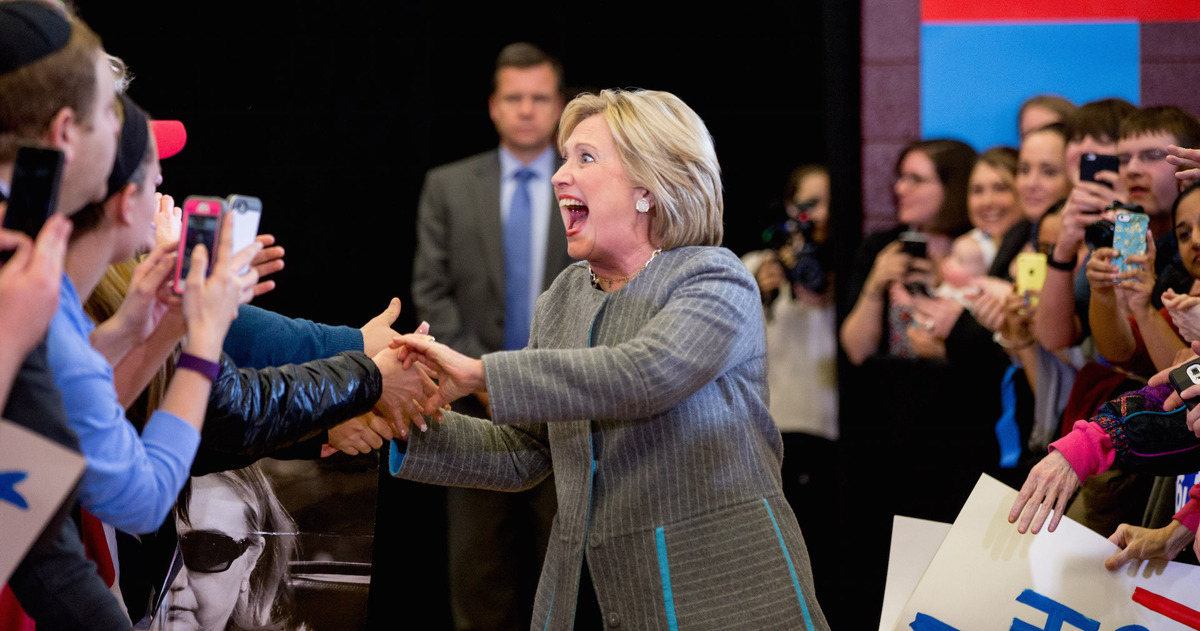 The two returned to the core initial messages of their candidacies as they made their final pitches to voters in what’s turned into a nail-biter of a race in the early-voting state. Clinton reprised the title of her memoir “Hard Choices” to argue that she’s the battle-tested candidate who can move liberal priorities forward and protect the country. Sanders called for upending the status quo.

“You need somebody who understands how to get to that right decision. You need somebody who knows that there are a lot of hard choices out there,” Clinton said as she wound down her speech after highlighting her time as secretary of state and personal suggestion to President Obama to take out Osama Bin Laden.

“It sounds like you want to make a political revolution,” said Sanders as he walked on stage in front of a crowd of 1,700 people, emphasizing his anti-establishment appeal and honing in on the growth of his support in the state.

“It sounds like you want to make a political revolution,” says Sanders to cheers from crowd of 1,700 pic.twitter.com/XhVetVGogw

The sentiment was repeated over and over again by Sanders throughout the rally.

He slammed the super PAC linked to the campaign of his rival Hillary Clinton, comparing their fundraising styles side by side by pointing out the $27 average donation from his 3.2 million donors.

Sanders’ voice grew more and more hoarse as he made his final impassioned plea for support, talking up the “radical ideas” of economic reform, health care reform and education reform he has been peddling across the state for months.

Clinton mocked Sanders’s grand demands in front of a crowd the Clinton campaign claimed was 2,600 (although local police said the crowd was more like 1,600).

“I don’t think America can wait. I don’t think we can wait for ideas that sound good on paper, but can’t get through the gridlock,” she said, a veiled shot at Sanders.

“We just have to get our act together and begin behaving like Americans where we can solve problems, we can set big goals and we can achieve them,” she said earlier on.

Clinton was more explicit on healthcare, as she’s been for weeks, calling on voters to defend and strengthen Obamacare rather than pursue Sanders’s plan of Medicare-for-all, and blasting his calls “To start over, to plunge us into a contentious national debate.”

But Clinton has clearly taken note of Sanders’s populist appeal and the emotional reaction it has triggered on the left. Her fiery speech was peppered with tough talk for Republicans and the wealthy, with lines that could have been copy-pasted from Sanders, as she showed a well-honed presence and ease on the stump that’s finally emerged in recent weeks.

“I’m going to follow the money and the money’s all at the top and we have to get the tax code to operate fairly,” she said, promising to tax the rich to fund programs to improve average voters’ lives.

Their surrogates were a study in contrast as well. Clinton had a who’s who of Democratic elected officials, from her former president husband and Iowa’s beloved former Sen. Tom Harkin to Rep. John Lewis (D-Ga.), civil rights icon, and former Rep. Barney Frank (D-Mass.), who pushed through stricter Wall Street regulations after the crash.

“Of all the people I’ve ever worked with she is the single best at making everything she touches better, every person she knows better. She is a world class change-maker,” President Clinton said.

In Sanders’s corner: A bevy of young movie and rock stars including Josh Hutcherson, of Hunger Games fame and the indie band Foster the People.

Sanders supporters know the state may make or break it for their candidate. Lisa Heinemann drove 300 miles to Des Moines from her home in Nebraska to volunteer in Iowa for the caucus, in the final push over to the finish line in the state.

“He gets it,” said Heineman. “But I am here because I am scared if people don’t turn out to vote. He’s such an awesome man, I just want to see him make president.”

“Because of you, we ain’t 50 points down anymore are we?” said one of the Iowa volunteers who introduced Sanders. “In Iowa, we know democracy is a verb.”

But only Monday will tell if the enthusiastic fervor will translate into caucus numbers.

When it comes to ransomware, you don't always get … END_OF_DOCUMENT_TOKEN_TO_BE_REPLACED

Peyton Carr is a financial advisor to founders, … END_OF_DOCUMENT_TOKEN_TO_BE_REPLACED