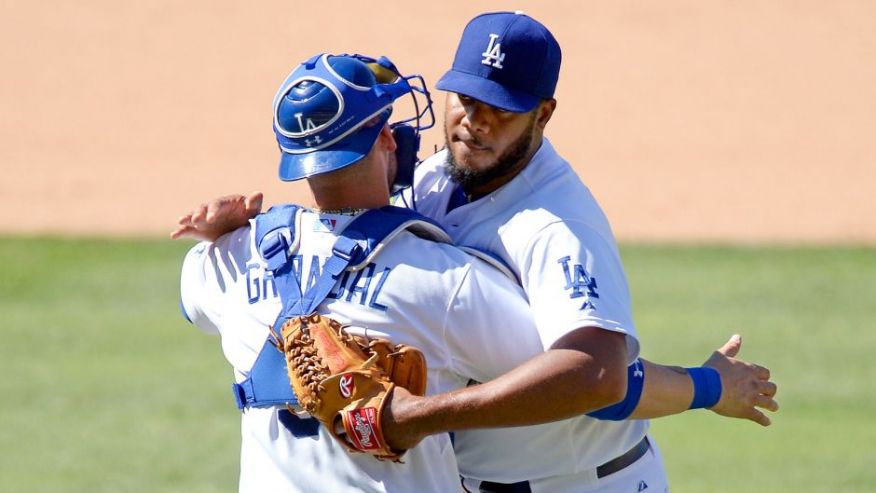 On Sunday morning, Kenley Jansen had a special delivery. On Sunday afternoon, he delivered for the Los Angeles Dodgers. Sunday morning, Jansen and his girlfriend welcomed a baby boy, whom they named Kaden, into the world, just hours before the first pitch in the Dodgers’ 2-1 win over the Cincinnati Reds.

“It was a very exciting day for me today,” Jansen told reporters after the game. “Even without having much sleep, I still went out there and fed off the excitement.”

The arrival of Jansen’s child didn’t take him by surprise. He and his girlfriend planned for labor to be induced so that he’d be able to be with the team when they embark on their upcoming road trip to Oakland to face the A’s.

“We did it this way so I don’t have to fly and go on the road and fly back and miss some games,” he said. “I know these are very important games for us. I just want to come back here and help the team.”

Jansen has had another solid season out of the bullpen for the Dodgers. He has converted 24 of 25 save opportunities and holds a 2.48 ERA with 59 strikeouts in 32 2/3 innings.

When it comes to ransomware, you don't always get … END_OF_DOCUMENT_TOKEN_TO_BE_REPLACED

Peyton Carr is a financial advisor to founders, … END_OF_DOCUMENT_TOKEN_TO_BE_REPLACED