You are here: Home / Business / A Dodo bird skeleton was sold for 280.000 pounds to an auction 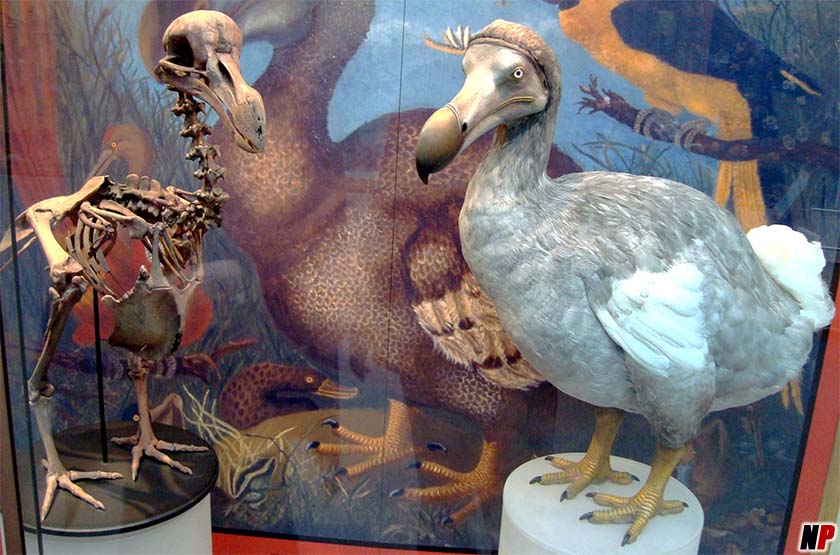 An almost complete skeleton belonging to an exemplar of the dodo bird species, entirely disappeared from Earth, was put, Tuesday, in an auction at the Summers Place Auctions in West Sussex, the Great Britain. The skeleton was reconstructed in proportion of 95%, with carefulness, by a man who started to buy the bones from private collections and from auctions from the ’70s, informs the Belfast Telegraph. The skeleton was estimated to be sold with amounts between 300.000 and 500.000 pounds, but was sold for 280.000 pounds, to a private collector who purchased it via the telephone. The Dodo birds, which became famous after the publication of the book ‘The adventures of Alice in the Wonderland’, measured approximately 1 meter height and could not fly, although their close relatives are the pigeons, shows the quoted source.

They were found in 1598 by the sailors from the Netherlands, on the island of Mauritius. After only 70 years, these birds were declared disappeared from the earth, from the cause of excessive hunting for their tasty meat and as a result of the fact that these birds were excessively gentle, as BBC shows, but also because of the foreign species, arrived on the island with the ships and which invaded their habitat. The last mention of the observation of such birds was made around the year 1660. The Government of the Mauritius prohibited the export of the Dodo bones and the experts consider that it is very unlikely to be ever brought at an auction another skeleton of Dodo. Summers Place has a tradition in the sale of unique skeletons. In November 2013, they put to an auction a skeleton of a dinosaur with long neck of the Diplodocus Longus species, sold to the National History Museum in Denmark at a price of 400,000 pounds.

When it comes to ransomware, you don't always get … END_OF_DOCUMENT_TOKEN_TO_BE_REPLACED

Peyton Carr is a financial advisor to founders, … END_OF_DOCUMENT_TOKEN_TO_BE_REPLACED