You are here: Home / Business / Donald Trump is the new president of the United States of America 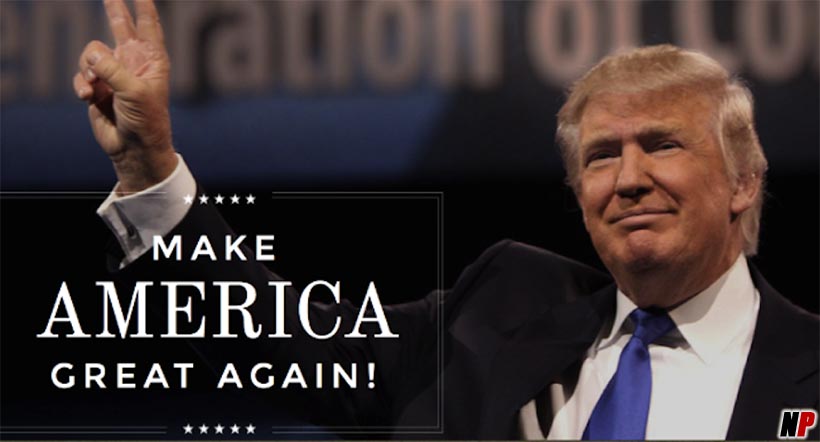 The Republican Donald Trump shocks the entire world and becomes the new president of the United States, according to the Associated Press news agency quoted by the DPA and Reuters. Trump assured the 270 votes in the Electoral College necessary to win the presidency, beating the democrat Hillary Clinton, which was considered a favorite before Tuesday, according to the press agencies. The electoral race was much tighter than the analysts anticipated. Trump won the majority of the key-states, including Ohio, Florida and North Carolina.

The Republican Donald Trump, elected as president of the US, announced his supporters, at the meeting in New York, that he received a phone call from the Democrat Hillary Clinton in which she congratulated him for the victory in the presidential elections. Trump expressed his appreciation for Clinton, who worked hard and on a long period of time. He congratulated Clinton for the ‘hard race in which she fought’ and said that it’s time for the Americans to be a united nation, again. At the same time, Trump promised to ‘each citizen that he will be the president of all the Americans’.

The American billionaire has a message for those who didn’t support him, asking them to lead him and to help him in order to act together and to ‘unify’ the USA. ‘America will not accept anything other than what is the best’, he said. The Republican candidate to the position of the USA’s vice-president, Mike Pence, presented his electoral campaign colleague Donald Trump as the ‘elected president of the United States’, tells the DPA. Pence stated that ‘the American people chose the new champion’ and that ‘His leadership and his vision will make America great again’. ‘I am profoundly grateful to the American people for placing their confidence in this team and giving us the opportunity to serve the country’, said Mike Pence.

When it comes to ransomware, you don't always get … END_OF_DOCUMENT_TOKEN_TO_BE_REPLACED

Peyton Carr is a financial advisor to founders, … END_OF_DOCUMENT_TOKEN_TO_BE_REPLACED