You are here: Home / Business / Donald Trump is Time Magazine’s Person of the Year 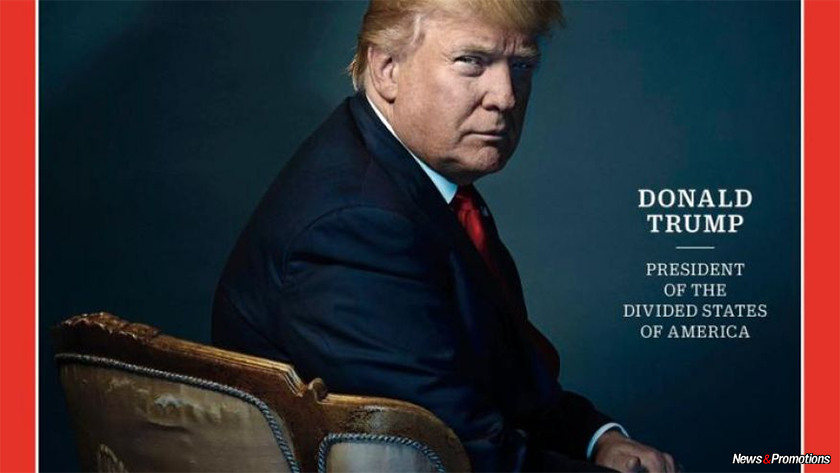 The new president of the United States of America is the Time’s Person of the Year. Time magazine chooses a person of the year who receives this title as a honor of her or his contribution brought to the world. This tradition started in 1927 when Time named Charles Lindberg the man of the year after he had a successful flight across the Atlantic Ocean. Later, the title was changed into the Person of the Year. This year’s list included names like Simone Biles, the Olympian. and Beyonce Knowels, the singer. The magazine’s readers voted for the Narendra Modi, the Indian Prime Minister while Donald Trump received only 7% of the votes. Nancy Gibbs, the editor in chief at Time, said for the Today Show that ‘The person of the year is the person who’s had the greatest influence on events, for better or worse.’ Actually, it is not the first time when this magazine chooses a controversial figure as the person of the year.

In 1939, Adolf Hitler was chosen and in 1979, Ayatullah Khomeini was the one who received this title. In 2015, the German Chancellor Angela Merkel was the person of the year, which made Trump to post on Twitter: ‘I told you @TIME Magazine would never pick me as person of the year despite being the big favorite They picked person who is ruining Germany.’ Nancy Gibbs also said: ‘When have we ever seen a single individual who has so defied expectations, broken the rules, violated norms, beaten not one, but two, political parties on the way to winning an election that he entered with a hundred to one odds against him? I don’t think that we have ever seen one person operating in such an unconventional way, having an impact on the events of the year quite like this.’

When it comes to ransomware, you don't always get … END_OF_DOCUMENT_TOKEN_TO_BE_REPLACED

Peyton Carr is a financial advisor to founders, … END_OF_DOCUMENT_TOKEN_TO_BE_REPLACED