You are here: Home / World / Dozens Killed in Suicide Attacks in Kabul 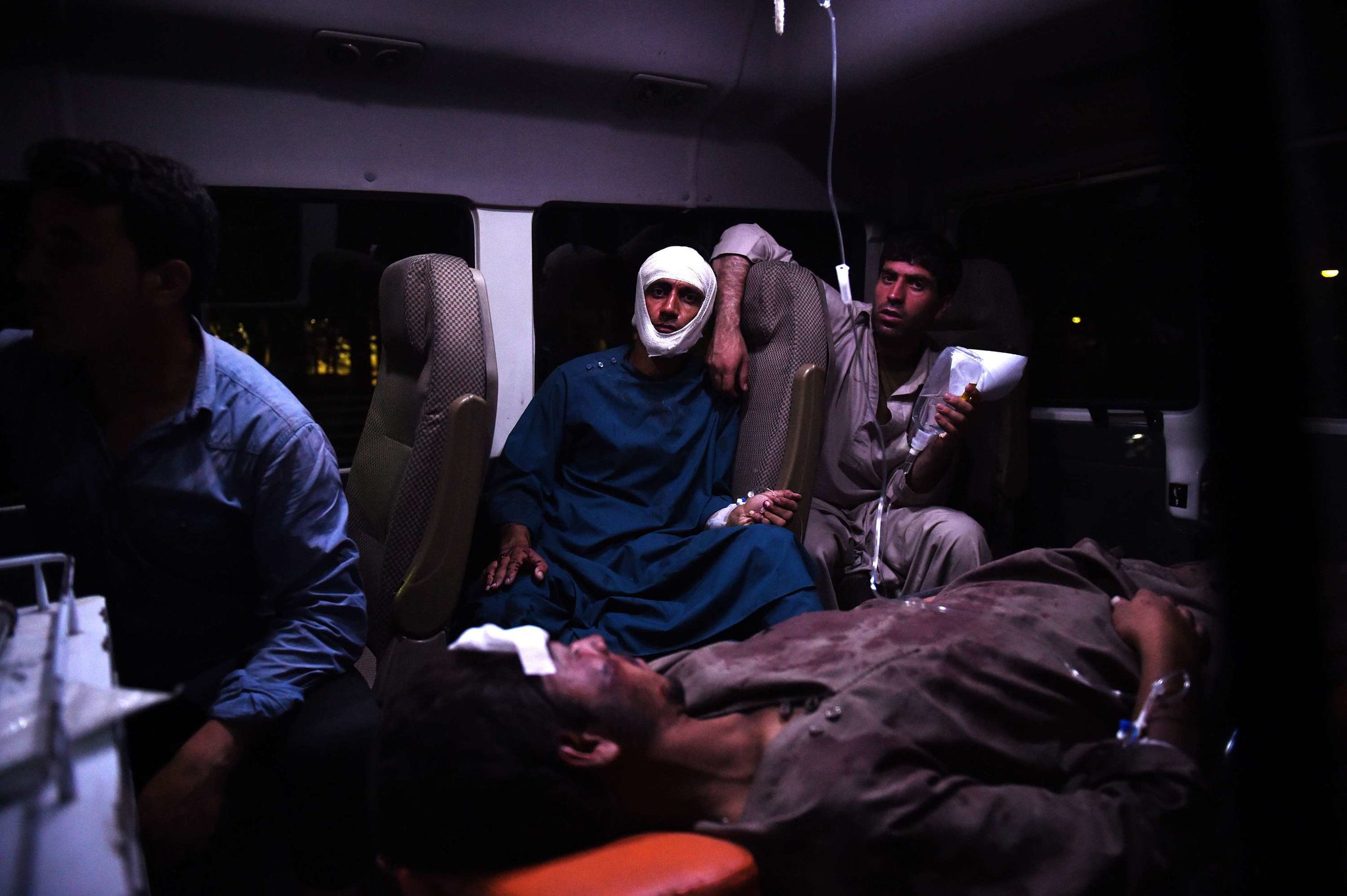 A barrage of deadly suicide attacks killed at least 40 people and wounded hundreds more in Kabul on Friday, ending a two-month-long lull in major terrorist strikes in the capital, according to Afghan officials. It was the deadliest day in Kabul so far this year.

After two earlier waves of attacks, a third large explosion went off late at night as insurgents attacked the District 15 Police Headquarters in the Qasaba area of the capital. Fighting was still ongoing and there were no immediate updates on casualties.

The three attacks were the first major terrorist strikes in the capital since reports surfaced that the nominal leaders of two major Afghan insurgent groups had been dead for months or years, suggesting that insurgent elements were trying to prove they were still capable of launching deadly attacks.

A Kabul police official, speaking on condition of anonymity because he was not authorized to brief the press, said that at least 25 people were killed when four suicide attackers tried to enter the Kabul Police Academy compound shortly before 8 p.m., setting off explosives in an attempt to breach the wall.

The attack took place just as cadets would have been returning from their weekend leaves. But it was not immediately clear how many of the dead were police or cadets, and how many were civilians in the heavily populated area. The reported death toll was confirmed by a second police official.

All four attackers were killed before managing to enter the academy compound, the officials said.

Suicide Attacks Started Early and Continued Throughout the Day

In the day’s first attack, at 1 a.m., a massive truck bomb driven by a suicide attacker blew up in the center of Kabul, killing 15 people and wounding hundreds, nearly all of them civilians, according to senior Afghan officials.

The truck bombing struck the Shah Shaheed neighborhood, close to several bases used by Afghan and international forces, and it leveled an entire strip of shops and dozens of homes and businesses, causing damage and injuries more than half a mile away. The shock waves set off car alarms throughout Kabul.

According to Sayed Zafar Hashimi, the deputy spokesman for President Ashraf Ghani, the final death toll of the first blast was 15, with 240 people wounded, including 47 women and 33 children. Most of those wounds were not serious, but 35 to 40 people were injured badly enough that they will need to remain hospitalized for several days, Mr. Hashimi said.

Police officials said they believed the toll of the wounded at the Police Academy was 25 to 30. There were no detailed official government statements about that attack late Friday night.

“There was a suicide attack near the police academy at 7:40 p.m., as students were returning from the weekend holiday,” said Najib Danish, a spokesman for the Interior Ministry. “There are casualties, but we can’t confirm accurate numbers at this point.”

President Ashraf Ghani, who had just returned from a trip to Germany where he had surgery for a leg injury, visited the wounded in the hospital to express condolences and promise his government’s help. His spokesman, Mr. Hashimi, called it a “cowardly terrorist attack against civilians aimed at diverting attention from the tensions brewing between the leadership of the Taliban.”

Mr. Hashimi was referring to an apparent struggle for succession both within the Taliban and within the allied Haqqani network.

Zabihullah Mujahid, the spokesman for the Taliban, said in a telephone interview before the second attack that he was still investigating who was responsible for the bombing, and that the insurgents would not claim responsibility “at the moment, until our investigation has been thoroughly completed.”

Huge suicide bombings in Kabul have been a trademark of the Haqqani network, whose leader Jalaluddin Haqqani was said by some American officials and a senior member of the group to have died in December. Afghan officials recently imprisoned the leader’s son Anas Haqqani, which had been thought to explain the lack of any major, Haqqani-style attacks in Kabul so far this summer.

Mr. Mujahid, who generally speaks on behalf of the Haqqani network as well as the mainstream Taliban, last week denied the reports of Jalaluddin Haqqani’s death. The Taliban then released statements attributed to Jalaluddin, but not audio or video evidence.

Mr. Mujahid’s credibility, however, has been called into question. He long denied that Mullah Muhammad Omar, the Taliban’s main leader, was dead. Mr. Mujahid maintained those denials until shortly before the group acknowledged last week that Mullah Omar had died in early 2013. Over the past two years, Mr. Mujahid was the frequent conduit of messages attributed to Mr. Omar while dead.

An official of the National Directorate of Security, the Afghan intelligence service, who was at the scene of the attack and spoke on the condition of anonymity, said that the military intelligence compound of the Ministry of Defense was the apparent target in the morning attack, but that the attacker failed to get close enough to do much damage. In addition, because of the late hour, few ministry employees were at work, so nearly all of the victims were civilians, aside from one security guard at the scene.

The Taliban have rejected those findings. But the United Nations report, which covered the first six months of 2015, noted that the Taliban’s own statements during that period publicly claimed responsibility for 239 episodes that caused more than 1,000 civilian casualties.

When it comes to ransomware, you don't always get … END_OF_DOCUMENT_TOKEN_TO_BE_REPLACED

Peyton Carr is a financial advisor to founders, … END_OF_DOCUMENT_TOKEN_TO_BE_REPLACED