You are here: Home / Automotive / Driverless Cars’ Do Have Some Limits 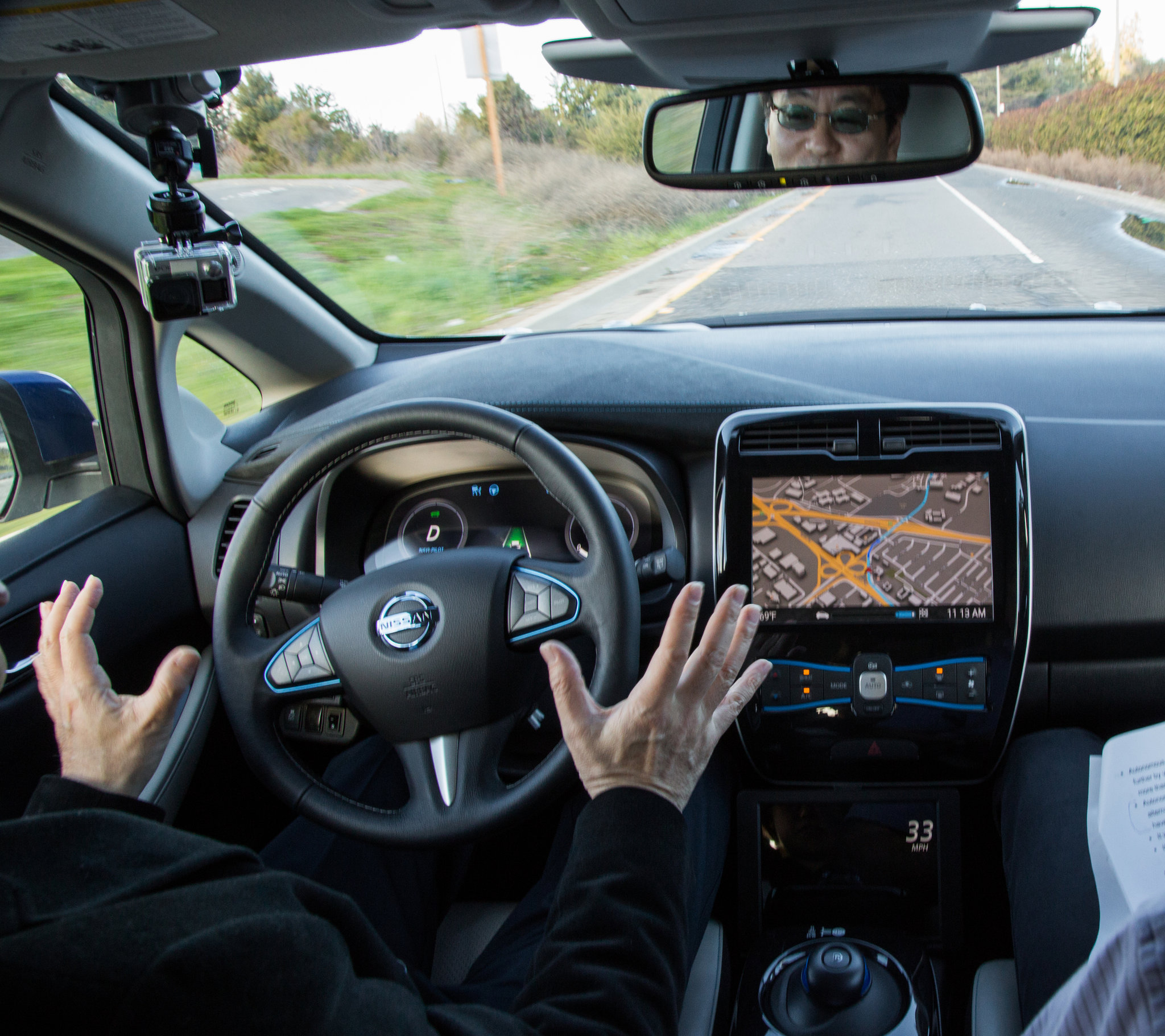 Car enthusiasts, after hearing industry executives discussing the self-driving technology being built into their vehicles, might be forgiven for thinking robotic cars will soon drive themselves out of auto showrooms.

Carlos Ghosn, the chairman and chief executive of the Renault-Nissan Alliance, announced during a news media event on Jan. 7 at the company’s research laboratory in Silicon Valley that Nissan would introduce 10 new autonomous vehicles in the next four years.

Elon Musk, the chief executive of Tesla, upped the ante. In a conference call with reporters last week, he asserted that the so-called Autopilot feature introduced in the Tesla Model S last fall was “probably better than a person right now.”

Mr. Musk also said that within a year or two it would be technically feasible to summon a Tesla from the opposite side of the country.

But there is a growing gap between what these executives are saying and what most people think of when they hear executives or scientists describing autonomous or driverless cars.

What Mr. Musk and Mr. Ghosn are describing — cross-country-driving hyperbole aside — are cars with advanced capabilities that can help drive or even take over in tricky situations like parallel parking on a busy street.

Truly autonomous cars that do all the work, like the bubble-shaped vehicles Google has been testing near its Silicon Valley campus, are still at least a decade away from ferrying people around town, said Xavier Mosquet, a senior partner at the Boston Consulting Group and managing director of the firm’s Detroit office.

“This is going to be a journey, and a reasonably long one,” he said.

It is increasingly a journey with significant financial implications. Last year Uber announced plans to open an autonomous vehicle research center adjacent to Carnegie Mellon University. General Motors recently invested $500 million in Uber’s top competitor, Lyft, with the goal of creating an on-demand network of autonomous vehicles. And rumors continue that Google and Ford are entering into a partnership to build autonomous cars.

The White House also weighed in last week. President Obama’s proposed budget for the next fiscal year includes $4 billion to be spent over 10 years for related research. Transportation Secretary Anthony Foxx also said the government would remove hurdles to developing autonomous vehicles and set further guidelines for them within six months.

Cars are beginning to drive on their own in certain situations, and in the coming years they will do increasingly more under computer control. They will follow curving roads, change lanes, pass through intersections and stop and start.

But they will require human supervision. Significantly, on many occasions, the cars will in effect still tell their human drivers, “Here, you take the wheel,” when they encounter complex driving situations or emergencies.

In the automotive industry this is referred to as the handoff problem, and automotive engineers acknowledge that there is no easy solution. Automotive designers have not yet found a way to make a driver who may be distracted by texting, reading email or watching a movie perk up and retake control of the car in the fraction of a second that is required in an emergency.

The danger is that by inducing human drivers to pay even less attention to driving, the safety technology may be creating new hazards.

“The whole issue of interacting with people inside and outside the car exposes real issues in artificial intelligence,” said John Leonard, a professor of mechanical engineering at the Massachusetts Institute of Technology. “The ability to know if the driver is ready and are you giving them enough notice to hand off is a really tricky question.”

The limitations of Autopilot, which Tesla describes as offering the ability to “automatically steer down the highway, change lanes and adjust speed in response to traffic,” were clearly visible in a recent test drive with Sebastian Thrun, a roboticist and artificial intelligence expert who led the Stanford University team that won the Pentagon’s autonomous vehicle Grand Challenge in 2005 and later founded Google’s self-driving effort.

Although Dr. Thrun left Google several years ago, he is still involved in the field of artificial intelligence. He describes himself as an enthusiastic Tesla owner. On a recent test drive, he cataloged a series of the car’s limitations and errors, including those he described as “critical interventions” in which the driver is required to override the car’s behavior.

The Tesla Autopilot system permits drivers to remove their hands from the wheel, but it prompts them to regain control after a brief period. It will also warn a driver to retake control in certain situations.

The Tesla performed well in freeway driving, and the company recently fixed a bug that had caused the car to unexpectedly veer off onto freeway exits. However, on city streets and country roads, Autopilot’s performance could be described as hair-raising. The car, which uses only a camera to track the roadway by identifying lane markers, did not follow the curves smoothly. It also did not slow down when approaching turns.

On a recent 220-mile drive to Lake Tahoe from Palo Alto, Calif., Dr. Thrun said he was forced to intervene more than a dozen times.

The company said that on Jan. 9 it introduced a new version of the Autopilot software that offered both restrictions and improvements in handling.

Like the Tesla, the new autonomous Nissan models will still require human oversight and will not drive autonomously in all conditions. Nissan’s engineers acknowledged that even their most advanced models would not be autonomous in every situation, including snow, heavy rain and even some kinds of nighttime driving.

“There are certain limitations depending on the condition of the weather. For example, if you are in heavy snow or rain, it is impossible to have autonomous driving,” said Tsuyoshi Yamaguchi, Renault-Nissan’s executive vice president for technology development. “We should make sure the vehicle recognizes it and gives a caution to the driver.”

The situation is further complicated by laws and regulations that require cars to be controlled by humans. In Europe, the 1968 Vienna Convention required that “every moving vehicle or combination of vehicles shall have a driver,” and “every driver shall at all times be able to control his vehicle.” Although an amendment has been proposed, no new legislation is yet in place.

In the United States, Google began an extensive lobbying campaign with individual states in 2011. But the company acknowledged a setback this year when the California Department of Motor Vehicles issued draft regulations that required a human driver capable of controlling the car to be in the vehicle.

None of that has discouraged some enthusiastic Tesla owners. Doug Carmean, a Microsoft computer designer who commutes daily between Seattle and Redmond, Wash., said he had encountered the Tesla Autopilot offramp bug and found it “scary.”

Yet as much as 45 minutes of his commute each day is in slow, stop-and-go traffic, and his car will effortlessly and predictably follow the car ahead, permitting him to surf the web on the Tesla’s giant display.

“Even though it has these frightening movements, I’ve come to enjoy it,” he said. “It’s a sense of awe and pleasure.”

When it comes to ransomware, you don't always get … END_OF_DOCUMENT_TOKEN_TO_BE_REPLACED

Peyton Carr is a financial advisor to founders, … END_OF_DOCUMENT_TOKEN_TO_BE_REPLACED