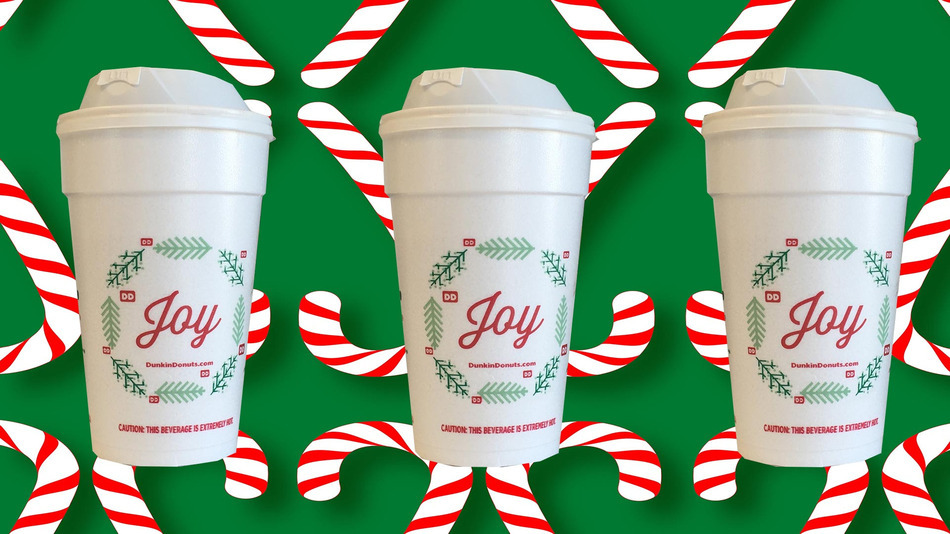 Starbucks has been catching some serious heat from reportedly enraged Christians who are offended with Starbucks’ decision to omit snowflakes and ornaments from its classic red holiday cups. Basically, the cups aren’t Christmassy enough.

However, Dunkin’ Donuts released its holiday cups on Tuesday, which feature the word “Joy” surrounded by a wreath of evergreens. Super Christmassy.

The reverse side of the cup features the company’s logo in red and green, instead of its usual pink and orange.

So was this intentional? Probably not. It’s just that time of the year, when companies release holiday-themed versions of their products. Regardless, people are going to take this as a jab at the ‘bucks.

lmao Dunkin’ Donuts just released a holiday cup. they saw their chance and they took it

However, the design really isn’t that much different from last year’s design.

When it comes to ransomware, you don't always get … END_OF_DOCUMENT_TOKEN_TO_BE_REPLACED

Peyton Carr is a financial advisor to founders, … END_OF_DOCUMENT_TOKEN_TO_BE_REPLACED