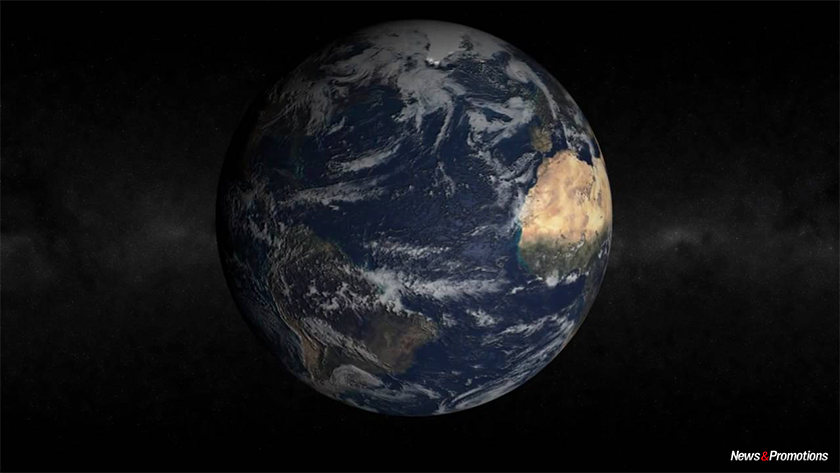 Notes of the ancient astronomers, kept on tablets of burned clay, confirm that the rotation speed of the Earth around its own axis decreases according to a material published by the Proceedings magazine, of the Royal Society A, informs the Live Science. In each century, the length of a solar day, or the period of time during which the planet makes one complete rotation around its own axis, increases by 1.8 milliseconds, according to a new study that starts from a series of old celestial observations, starting with the year 750 B.C. The scientists know that the Earth’s rotation speed decreases due to the friction caused by the tide under the influence of the Moon. But the measurements of this effect of the tides indicated that the rotation of the Earth should slow down with 2.3 milliseconds per century, something more than the result obtained in the new study.

The difference between 2.3 milliseconds and 1.8 millisecond, values reported at an interval of one century, may seem negligible, but these fractions of milliseconds are important to understand the way in which Terra has changed since the last glacial era, which ended 12,000 years ago, according to Leslie Morrison, one of the authors of this study, who has worked at the Royal Greenwich Observatory for almost 40 years. Leslie Morrison and her colleagues have been working on the Earth’s rotation speed measurements for decades. The new study is the most complete effort made until now, because it starts from the Babylonian inscriptions and the Babylonians were very good at recording of such data, ensures Morrison.

Fortunately for the scientists of the present time, some of the tablets keep the entries of astronomical events such as the eclipses, and in particular those of the Sun, which occur when the Moon is interposed between the Sun and the Earth.

When it comes to ransomware, you don't always get … END_OF_DOCUMENT_TOKEN_TO_BE_REPLACED

Peyton Carr is a financial advisor to founders, … END_OF_DOCUMENT_TOKEN_TO_BE_REPLACED