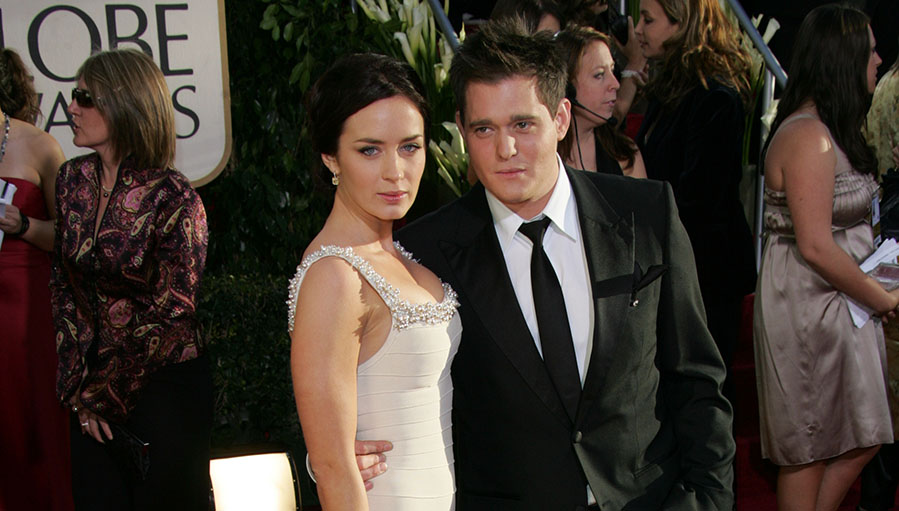 Howard Stern couldn’t get Emily Blunt to bash her ex Michael Bublé in her recent appearance on his SiriusXM show. But man, did he try. Stern addressed the rumors that Michael Bublé cheated on the actress over the course of their three-year relationship, claiming the pair was “perfect together.” Blunt and Buble dated from 2005 until 2008.

“I don’t know if I was perfect with him,” she laughed.

“We had a good time together,” she said, as Stern mentioned Bublé’s mother trying to convince her son to marry Blunt. “I loved his family, I still do.”

But when Stern tried to lure her into talking about Bublé’s alleged infidelities, Blunt didn’t take the bait. “But that was heartbreak,” Stern said. “Because he was not faithful.”

“I don’t know, it’s complicated,” Blunt replied. “Now I’m going red…I never talk about it. I never want to talk about it!”

Kudos to Blunt for handling an awkward situation with grace, even in the face of Stern’s notorious secrets-cajoling skills.

When it comes to ransomware, you don't always get … END_OF_DOCUMENT_TOKEN_TO_BE_REPLACED

Peyton Carr is a financial advisor to founders, … END_OF_DOCUMENT_TOKEN_TO_BE_REPLACED