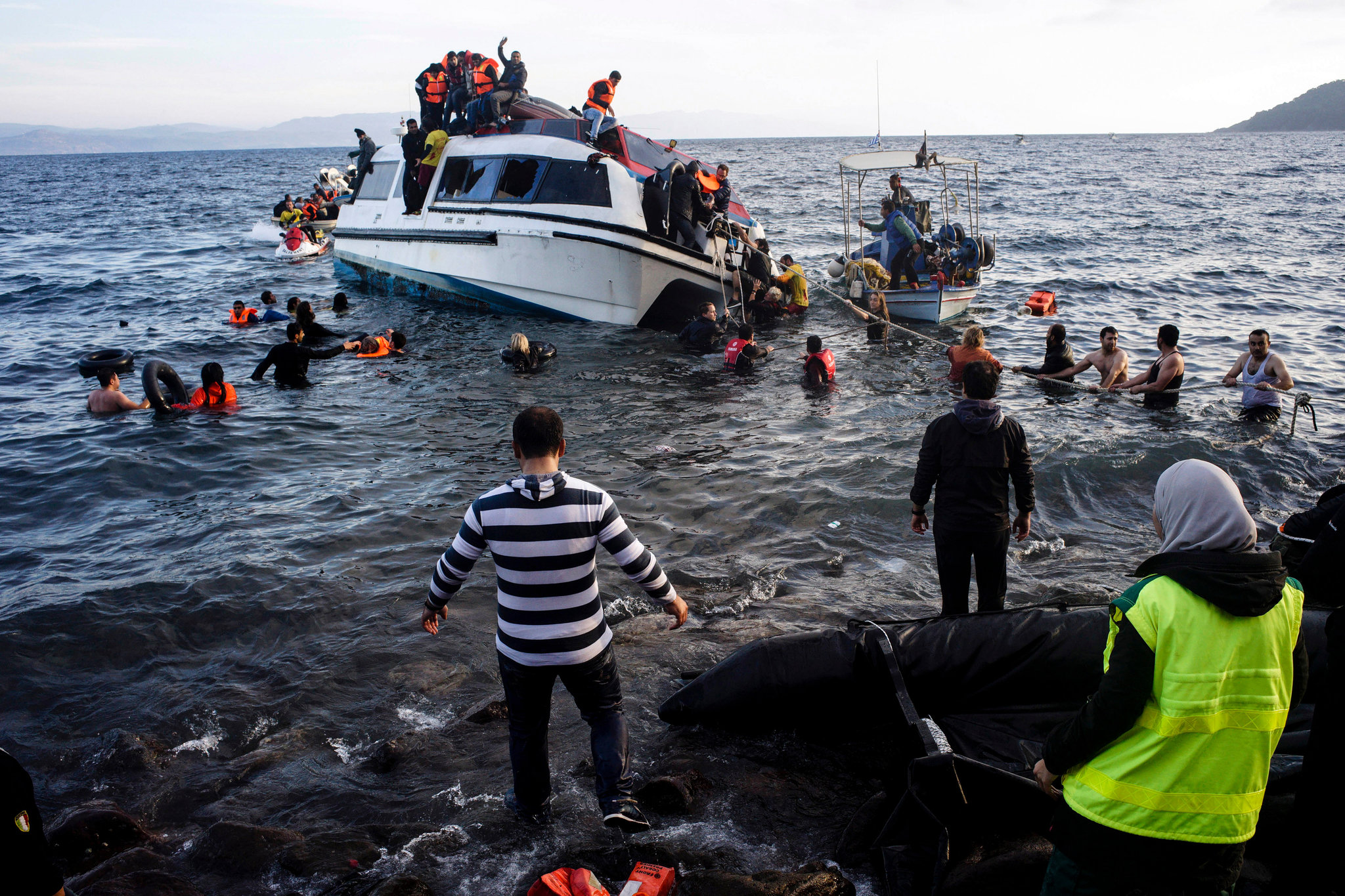 Prime Minister Alexis Tsipras of Greece railed against Europe’s failed response to the migration crisis on Friday after at least 22 people were reported to have drowned in two separate shipwrecks, the latest in a series of deadly episodes in the Aegean Sea this week.

Addressing the Greek Parliament in Athens, Mr. Tsipras criticized European leaders for not providing a safe alternative for the thousands of migrants trying to reach Europe by traveling in rickety boats across treacherous seas.

“The waves of the Aegean are not just washing up dead refugees, dead children,” he was quoted as saying by The Associated Press, but also “the very civilization of Europe.”

On Friday, 19 people were killed and 138 were rescued off the Greek island of Kalymnos, in the southeastern part of the Aegean Sea, The A.P. reported, citing the country’s Merchant Marine Ministry, and at least three people died and three were missing after another boat sank off the island of Rhodes.

The past week has proved particularly lethal for migrants trying to make the short but often dangerous journey from Turkey to Greece. Bad weather was cited in the sinking on Wednesday of a large wooden smuggling boat off the Greek island of Lesbos. The death toll in that disaster rose to 16, The A.P. reported, with 274 reported rescued and one migrant missing.

Greece, debt-ridden and strained of resources, has found itself an unwanted center of the migration crisis. More than half a million migrants, buffeted by civil war and poverty in the Middle East and elsewhere, have poured into the country, often via Turkey, in hopes of moving on to wealthier and more welcoming European countries.

Although the European Union has promised to provide some financial help, Greece has argued that the country’s creditors should weaken their demands for austerity to offset the country’s efforts to cope with the migration crisis.

Nevertheless, some countries, including Hungary, which has also been coping with a migrant influx, have blamed Greece for fanning the crisis by not adequately policing and securing its borders.

Joel Millman, a spokesman for the International Organization for Migration, said that the group was very concerned about the situation, and that winter would make conditions for migrants even tougher. He said the Greek government had been helpful in dealing with the crisis given the economic strain.

Although Greece has been the primary entry point for migrants, asylum seekers have been trying other routes. On Friday, rescuers in Spain said they had found the bodies of four migrants who had died as they tried to sail to Spain from Morocco, The A.P. reported, and 35 others were missing.

When it comes to ransomware, you don't always get … END_OF_DOCUMENT_TOKEN_TO_BE_REPLACED

Peyton Carr is a financial advisor to founders, … END_OF_DOCUMENT_TOKEN_TO_BE_REPLACED