You are here: Home / Business / The explicit images from the cigar packets contribute to the decreasing of the deaths caused by smocking 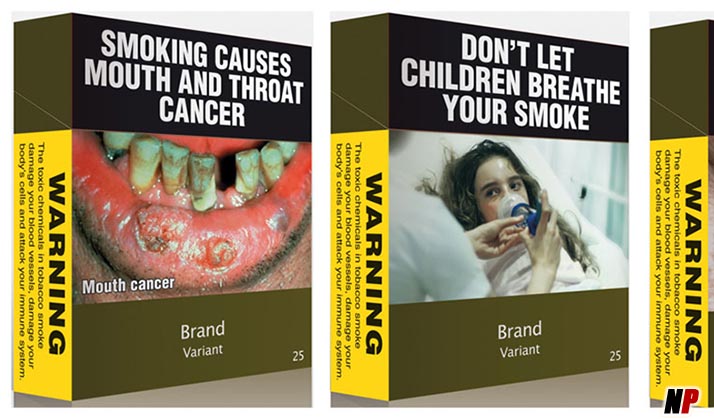 Using pictures with explicit warnings against smoking on the cigar packets may contribute to the avoidance of over 652.000 deaths in the next 50 years in the United States only, informs the Science Daily. It can also prevent the bringing into the world of about 92,000 of children with weight below the normal one, the birth of about 145,000 of premature infants and may help prevent about 1,000 cases of child deaths, according to the scientists from Georgetown Lombardi Comprehensive Cancer Center. The study, published on November 3 in the ‘Tobacco Control’, is the first to estimate the effects had by the images with explicit warnings from the cigarette packets on the health of adults and children in the United States. Although more than 70 countries adopted or have in view to adopt the Convention of the World Health Organization (WHO) for the control of tobacco, which foresees the use of the explicit images on the front and the back of the packages, the measure was not implemented in the United States where only warning texts are published on the packets.

In this study, the researchers used a model for tracking of the policy of the tobacco consumption control called SimSmoke – developed by Professor David T. Levy from the Georgetown Lombardi Center, used and validated in over 20 countries – and data gathered from Australia, Canada and the United Kingdom that implemented the measures of the WHO. The results demonstrated that the measure of introducing these warnings has led to a decrease of smokers’ number. For example, eight years after the convention’s stipulation was implemented in Canada, it was noticed a reduction of the smoking prevalence from 12% to 20%, and in Australia decreased from 21,3% in 2007 to 19% in 2008. In the Great Britain, after the implementation of the stipulation in 2008, the prevalence of smoking decreased by 10% in the following year.

When it comes to ransomware, you don't always get … END_OF_DOCUMENT_TOKEN_TO_BE_REPLACED

Peyton Carr is a financial advisor to founders, … END_OF_DOCUMENT_TOKEN_TO_BE_REPLACED