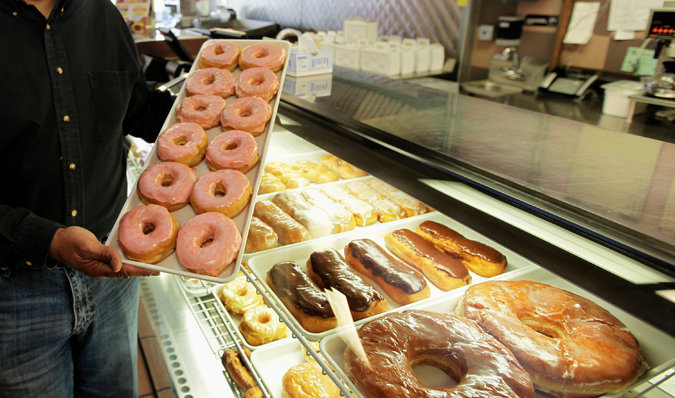 WASHINGTON - The Food and Drug Administration on Tuesday gave the food industry three years to eliminate artery-clogging, artificial trans fats from the food supply, a step that health experts said would save thousands of lives a year.

Trans fats - a major contributor to heart disease in the United States - have already been substantially reduced in foods, but they still lurk in many popular products, including frostings, microwave popcorn, packaged pies, frozen pizzas, margarines and coffee creamers.

The F.D.A. first announced its plans to ban the substance in 2013, and its announcement on Tuesday was its final ruling. Companies will have three years to comply. The agency has estimated that banning trans fats completely could prevent 20,000 heart attacks and 7,000 deaths from heart disease each year.

“This is the final nail in the coffin of trans fats,” said Michael F. Jacobson, executive director of the Center for Science in the Public Interest, a consumer group. “In terms of lives saved, I think eliminating trans fats is the single most important change to our food supply.”

The agency has proposed that partially hydrogenated oils, the source of trans fats, no longer be “generally recognized as safe.”

That means companies would have to prove that such oils are safe to eat, a high hurdle given that scientific literature overwhelmingly shows the contrary. The Institute of Medicine has concluded that there is no safe level for consumption of them, a conclusion that the F.D.A. cited in its reasoning.

Partially hydrogenated oils are cheaper than saturated animal fats like butter, and for years were thought to be healthier. They are formed when liquid oil is treated with hydrogen gas and made solid. They became popular in fried and baked goods and in margarine. Crisco, originally marketed in the beginning of the 20th century, was the archetype, although it now contains no trans fat.

Since 2006, companies have been required by the F.D.A. to include trans fat content information on their nutrition labels, a shift that prompted many large producers to eliminate them. That same year, New York City banned the use of trans fats in foods sold by restaurants and bakeries; other places, including California, Cleveland and Philadelphia, followed suit. Many major chains, including McDonaldâs, found substitutes and sharply reduced the use of trans fats.

The F.D.A. estimates that consumption of trans fats fell by a stunning 78 percent from 2003 to 2012, and it contends that the labeling rule and subsequent reformulation of foods were important drivers. Americans ate about one gram a day in 2012, down from 4.6 grams in 2006.

Mr. Jacobson said that about 85 percent of trans fats in the food supply have been eliminated. Tuesdayâs ruling would remove nearly all of what remains.

Trans fats wonât be completely gone. They occur naturally in meat and dairy products, and are produced at very low levels in some edible oils during the manufacturing process, the F.D.A. said. And companies will be able to petition the F.D.A. for specific uses of certain partially hydrogenated oils.

“The F.D.A.’s action on this major source of artificial trans fat demonstrates the agency’s commitment to the heart health of all Americans,” said Dr. Stephen Ostroff, the F.D.A.’s acting commissioner. “This action is expected to reduce coronary heart disease and prevent thousands of fatal heart attacks every year.”

When it comes to ransomware, you don't always get … END_OF_DOCUMENT_TOKEN_TO_BE_REPLACED

Peyton Carr is a financial advisor to founders, … END_OF_DOCUMENT_TOKEN_TO_BE_REPLACED