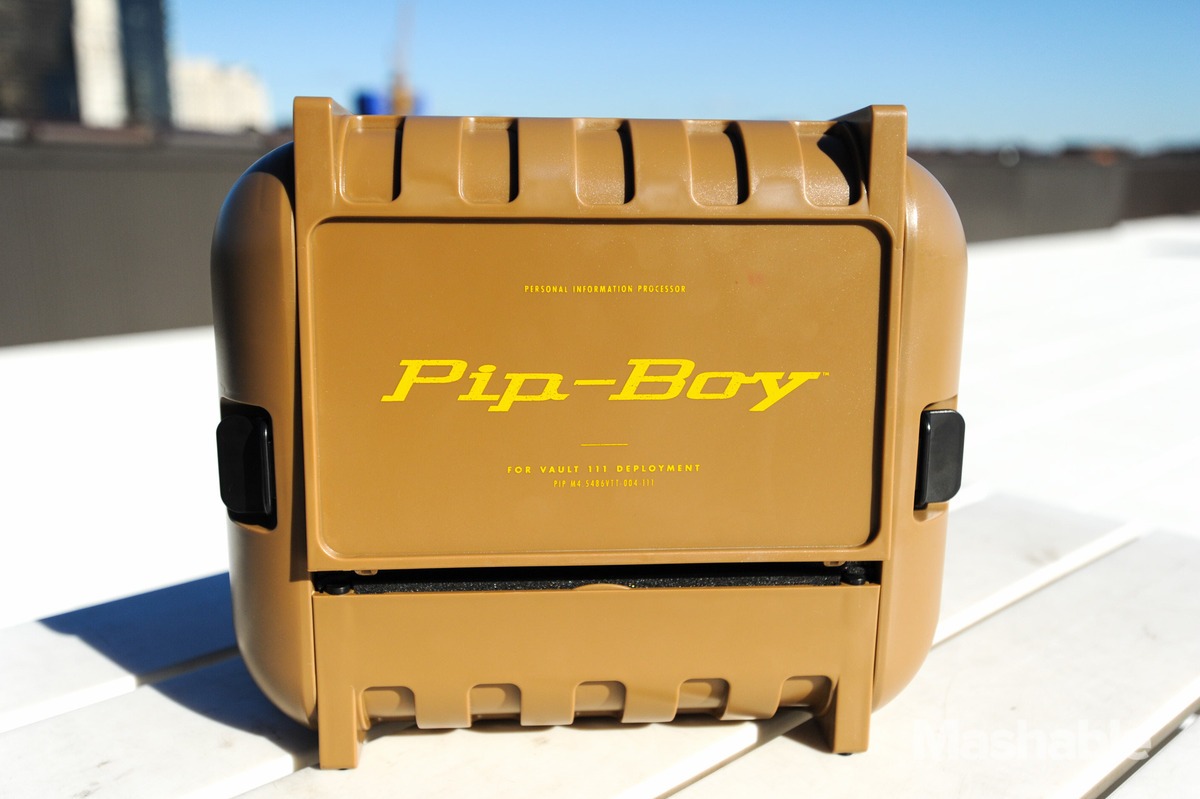 Fans who were willing to pony up $120 for a Fallout 4 pre-order this summer managed to snag themselves the game’s now ultra-rare Pip-Boy Edition, which packs in a real-life version of the game’s wrist-mounted computer.

In the game, the Pip-Boy computer screen doubles as your menu interface for character stats, inventory, quest data, maps and fast travel features. The wrist-mounted devices are one of the series’ main standbys, but until now, we’ve never seen one realized as a physical object outside of cosplay.

The Pip-Boy Edition’s plastic recreation is built to allow you to plug in a smartphone, with the touchscreen filling up the space that’s normally occupied in the game by a live mini-computer screen. A companion app (for Android and iOS) allows you to navigate the menus and manage your character right on your wrist, just like a real Fallout protagonist would.

The collector’s edition Pip-Boy is light, but not flimsy, with an internal wrist strap to help you keep it secure. It’s probably not the most comfortable thing to wear over 10-plus hour play sessions, but sitting in one place for that long without moving isn’t super healthy anyway.

Note that what you see on the Pip-Boy “screen” is just a mock-up of what you can expect to see in the Fallout Pip-Boy app, which is available now in the Google Play and iOS app stores (a Windows Phone version is coming, but not yet available).

As you can see, the Pip-Boy comes packaged in a hard, plastic case along with the game. Inside the case you’ll also find phone mounts for a variety of mobile device, allowing you to fine-tune the fit for your particular touchscreen.

When it comes to ransomware, you don't always get … END_OF_DOCUMENT_TOKEN_TO_BE_REPLACED

Peyton Carr is a financial advisor to founders, … END_OF_DOCUMENT_TOKEN_TO_BE_REPLACED