You are here: Home / World / Family Came Together to Rebuild Restaurant After Katrina 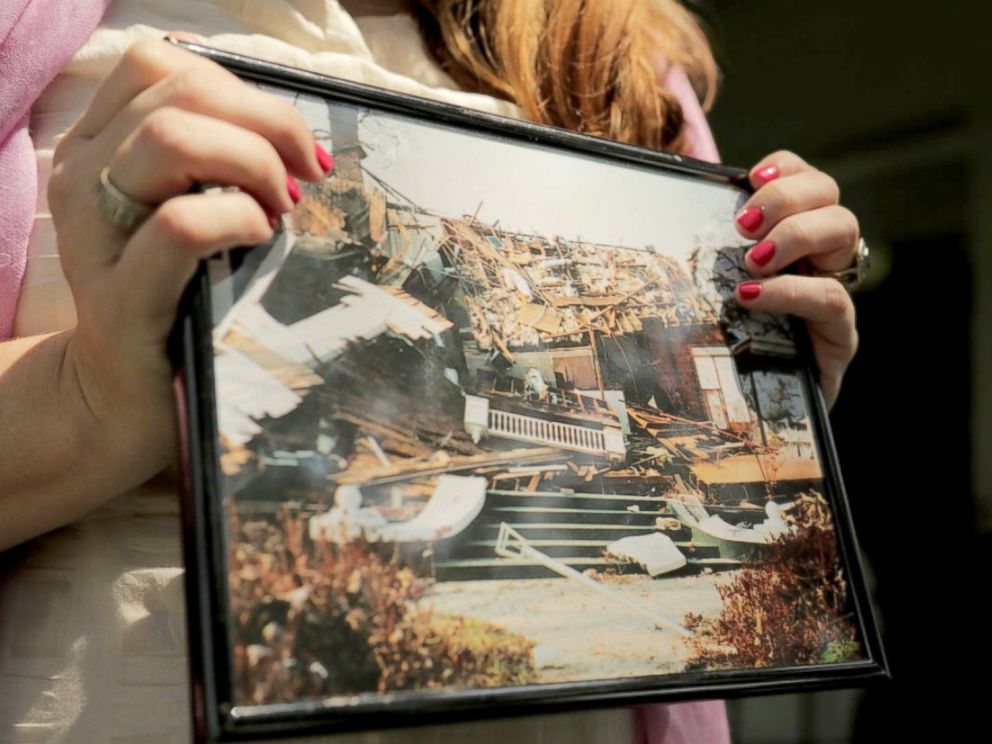 Sophie Nord couldn’t believe what she saw on TV. The columned two-story Queen Anne home that stood for more than 100 years – and housed her parent’s restaurant, The Chimneys – had been reduced to splinters, the historic columns and white shutters thrown about in the wake of Hurricane Katrina.

“It’s just a complete change of what your life had been – and you see it in pieces,” she said.

The building, once a stately society home dubbed the “jewel of the coast” overlooking the Gulf of Mexico in Gulfport, Miss., had been turned to a mass only vaguely resembling the restaurant it had become.

“That’s the first time ever in my life I had actually ever panicked,” said Nord, now 34, who watched helplessly from San Diego where she worked at the time as the destruction unfolded.

Nord’s parents, Peter and Dix Ballard, safe upstate at her grandmother’s house during storm, had painstakingly refurbished the once-decaying mansion into the restaurant specializing in “coastal cuisine” with their signature crab claws and blackened stuffed fillets.

Those years of work, and the ensuing years of entertaining locals with their signature “Spirited Dining,” was wiped away in one fell swoop when Katrina hit the coast on August 29, 2005.

The Nord family founded The Chimneys in the mid-1980s and changed locations within Gulfport twice before moving a third time to the current gulf-facing property. Peter Nord spent a year coordinating the renovation of the turn-of-the-century mansion after purchasing the property in 1999. Meanwhile, the restaurant was operating at its second location four miles west in Long Beach.

He and the construction crews took care to save the original columnar structures and Scamozzi columns, according to a written history compiled by Dix about the restaurant.

Peter Nord drove down from his in-laws home in Natchez, more than 200 miles northeast of Gulfport, the day after the storm to see the damage for himself and to salvage items from the wreckage. Sophie said he had to present ID proving he was a resident to the armed National Guardsmen who were limiting access to the impacted areas.

“Well we’d seen it [on television] so we knew,” she said, “I think we were actually a little surprised that he was able to save anything — a few pieces of silver, a table.”

Sophie said that in the wreckage, he spotted an old captain’s wheel that they had hung behind the bar, “so my dad, being crazy and brave like he is, climbed up and got the captain’s wheel just as something to save.”

The decision to rebuild was not an easy one to make, especially since it wasn’t their only structure to be devastated by the Category 3 storm. The family’s house had also suffered serious storm damage even though it was further inland, and Peter Nord was spending much of his time rebuilding their home before turning his attention to the restaurant.

“I would have moved back sooner but they told me there was no place to sleep at home,” Sophie said. “There was only one bedroom that was not destroyed and that was on the third story.”

Justine Quart/ABC News PHOTO: The Nord family rebuilt their restaurant, The Chimneys, and reopened in January 2009.

The debate over whether to rebuild the restaurant was influenced by their neighbors and customers.

“There were a couple people that said things to my dad or my mom, like, ‘What do we need to do?’ ‘How do we, do we need to get investors?’ Or ‘How do we get this project going?’” said Sophie.

The family grappled with rebuilding or selling the lot, but Sophie Nord said that selling it “seemed like that was cheating.”

So rebuild they did. It was not just a matter of replicating the old version of the restaurant; Sophie said that they felt like they wanted something “a little more laid back” befitting “the new Coast.” But, after what she said “seemed like 100 versions” of the new plan, they ended up going with a more contemporary take on the original style.

They used reclaimed wood in the rebuilding and salvaged bricks from the original in the new fireplaces. One distinct change was to open the interior to make it more modern than the historic floorplan.

Locals say the hard work has paid off.

Laurie Toups, the executive director of the Gulfport Main Street Association, told ABC News that the restaurant has been recognized as significant contributor to the revitalization of the area.

“They set the bar very high for everyone else to follow,” Toups said in terms of preservation and “recognizing the significance of the building and the character and keeping in that character.”

On Christmas night 2009, The Chimneys first reopened its bar to friends and relatives. – They offered dinner for the first time that New Year’s Eve. Sophie remembers guests getting festively dressed up on New Year’s, enjoying plenty of champagne and listening to a jazz trio that the Nords brought in for the special occasion.

Katrina was not the most recent upheaval in the family. Sophie’s mother, Dix Ballard, was diagnosed with cancer during the rebuilding process. She died in 2012, and her husband retired from the business shortly after that.

Now Sophie and her brother Watson run the day-to-day operations of the restaurant. Sophie says she’s planning more weddings and special events in The Chimneys’ front yard than before the storm. “It’s become something of ‘an occasion place,’” she said.

“People said right after the storm it would take 10 years for everything to get back to normal,” Sophie said, “and at that point, in my 24-year-old mind, I thought ‘Ten years, oh my gosh, that’s forever! That’s eternity!’”

“But now… it does seem like it’s been a long time because a lot has happened in that time but also 10 years can go by pretty quickly.”

When it comes to ransomware, you don't always get … END_OF_DOCUMENT_TOKEN_TO_BE_REPLACED

Peyton Carr is a financial advisor to founders, … END_OF_DOCUMENT_TOKEN_TO_BE_REPLACED