You are here: Home / Business / Some famous painters put their disease in their paintings without knowing it 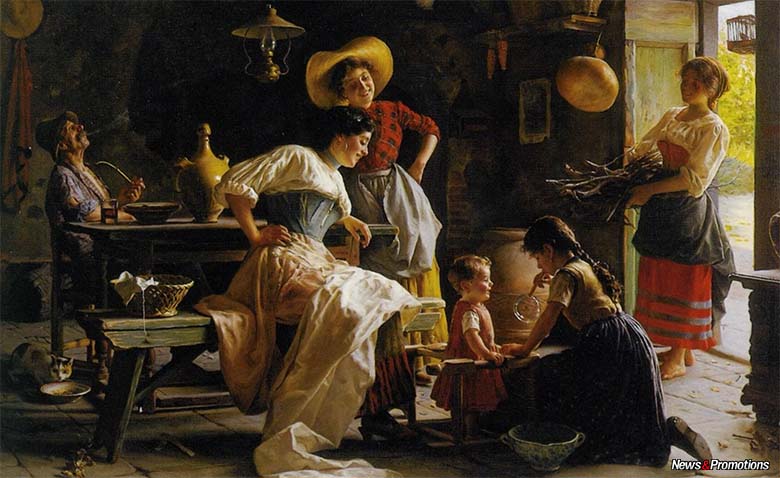 The first subtle signs that betrays the cognitive decline of some famous painters can be ‘read’ in the paintings which they made with many years before they were diagnosed, shows a recent study made in the Great Britain. The discovery was made by a team of psychologists in Great Britain who has studied the works of famous artists, from the founder of the impressionist movement, Claude Monet, to Willem de Kooning, whose style became known under the name of abstract expressionism, informs the Guardian. The researcher Alex Forsythe at the University of Liverpool has analyzed 2.092 paintings of seven famous painters and announced that she has discovered the indices of the progressive changes which are observed in the works of some of them who have subsequently been diagnosed with the Alzheimer disease.

The seven artists whose paintings were analyzed by Forsythe and her colleagues are: Salvador Dali, James Brooks, Monet, Marc Chagall, Kooning, Norval Morrisseau and Pablo Picasso. The researchers have used the advanced techniques of digital imaging in order to calculate the manner in which the fractals have undergone the variations along the painters’ careers. Forsythe has discovered that the size of the fractals varies along the time, but in the case of Brooks and Kooning, it has suffered dramatic changes and has considerably fallen as the artists were getting older. The scientists mention that the size of the fractals of the paintings of Chagall, Picasso and Monet has increased as they got older.

In the works of Morrisseau and Dali, it has been observed that the size of the fractals had, in time, a tendency to increase and then to decrease, around the age of 60 years . The most amazing results remain those identified in the works of Brooks and Kooning, where the size of the fractals has been big and then has fallen faster, at about 40 years.

When it comes to ransomware, you don't always get … END_OF_DOCUMENT_TOKEN_TO_BE_REPLACED

Peyton Carr is a financial advisor to founders, … END_OF_DOCUMENT_TOKEN_TO_BE_REPLACED