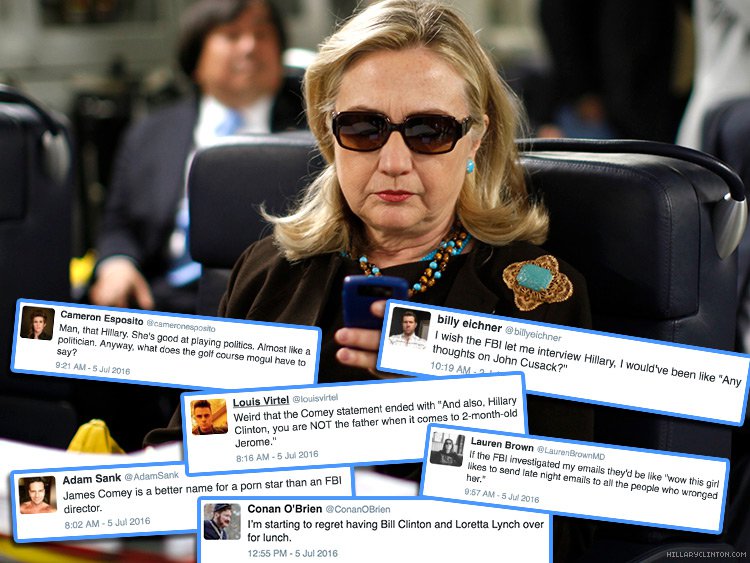 The director of the Federal Bureau of Investigation (FBI), James Comey, acted against the recommendation of his boss, the general prosecutor of the USA, Loretta Lynch, when publicly announced on Friday the opening of a new investigation regarding the use of a private server by Hillary Clinton, when she lead the Department of State, according to the Saturday reports CNN and New Yorker, that quote government officials, transmits the DPA. The general prosecutor (Minister of Justice) Loretta Lynch considers inadequate the disclosure of the investigation in progress, with possible implications for one of the two main presidential candidates with less than two weeks before the November 8 elections. Lynch told Comey to follow the usual practice to avoid the actions that could affect the results of the elections.

On Friday, James Comey addressed a letter to the Congress in which he announced that the FBI began the examination of new e-mails, which might be relevant to the investigation about how Clinton managed the classified information during the period in which she lead the Department of State. Hillary Clinton used a personal e-mail address instead of using the secured server of the institution, according to the international press agencies. The head of the FBI stated that he felt obliged to make public this information. Comey is a Republican, but until now he was considered to be politically neutral in exerting his mandate. After an investigation that lasted almost one year, on the recommendation of the investigators, the Department of Justice decided in July to close the file about the controversial e-mails of the Democratic party’s candidate. James Comey reproached then to the former leader of diplomacy that, by using the e-mail address and the private server she was ‘extremely careless’. Clinton said that it was easier to use the private e-mail address.

When it comes to ransomware, you don't always get … END_OF_DOCUMENT_TOKEN_TO_BE_REPLACED

Peyton Carr is a financial advisor to founders, … END_OF_DOCUMENT_TOKEN_TO_BE_REPLACED