You are here: Home / Sports / FIFA has fired Jerome Valcke for the second time 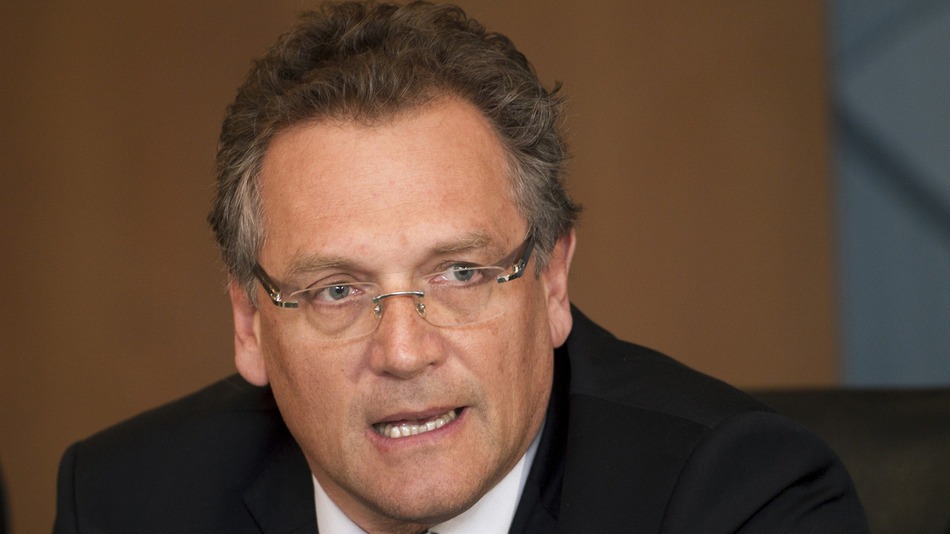 FIFA has fired Jerome Valcke for the second time, cutting ties with the secretary general four months after he was suspended while under investigation for wrongdoing at the scandal-scarred governing body.

FIFA announced Wednesday that its emergency committee, consisting of the heads of the regional confederations, decided to dismiss Sepp Blatter’s top aide over the weekend.

Valcke, whose main duty at FIFA was overseeing organization of the World Cup, rose to the top administrative job in 2007 after being re-hired despite being fired the previous year over his role in a sponsorship controversy.

Coming less than a month after Blatter was banned for eight years by FIFA, Valcke’s second dismissal completes the downfall of the two men who had traveled the globe on private jets and were entertained by national leaders as they ran international soccer.

The Frenchman was banished from FIFA in September when he was put on leave within hours of a FIFA ticketing partner alleging that the former television presenter and marketing executive sought to profit from a 2014 World Cup black market ticket deal that later fell through.

Since then, the FIFA ethics case into Valcke has hardened. FIFA prosecutors last week recommended a nine-year ban after charging him with accepting gifts, conflicts of interest, breaches of confidentiality and loyalty, and failing to cooperate with investigators.

FIFA ethics judges are expected to hear the case within weeks but Valcke will not be returning to the governing body he ran on a day-to-day basis.

“The employment relationship between FIFA and Jerome Valcke has… been terminated,” FIFA said in Wednesday’s statement.

Markus Kattner will continue to serve as acting secretary general, while refusing to publicly discuss his role of finance director and why FIFA authorized a 2 million Swiss franc ($2 million) payment to Michel Platini, which led to the UEFA president being banned from soccer for eight years along with Blatter.

As marketing director at the start of the last decade, Valcke was implicated in misleading World Cup sponsor MasterCard during contract renewal talks. FIFA and Blatter eventually signed with Visa, provoking a legal suit from MasterCard which was settled for $90 million.

Valcke’s conduct and business ethics were severely criticized by the federal judge in New York who heard the case.

When it comes to ransomware, you don't always get … END_OF_DOCUMENT_TOKEN_TO_BE_REPLACED

Peyton Carr is a financial advisor to founders, … END_OF_DOCUMENT_TOKEN_TO_BE_REPLACED