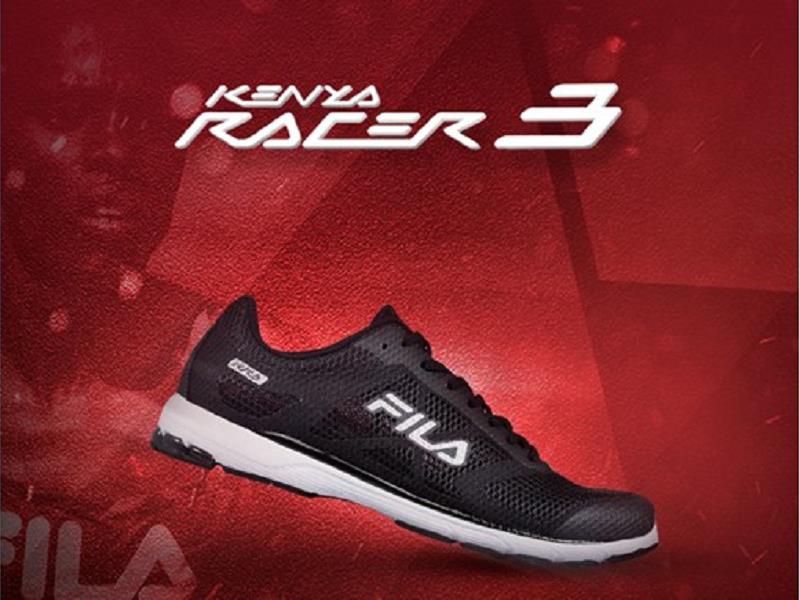 (FILA Brazil) – FILA will be represented by the Kenyan elite runners at this Sunday’s 22nd São Paulo Marathon.

FILA Brazil is proud to announce that it has been named the official sports brand of the 22nd annual São Paulo Marathon, taking place this Sunday in Brazil. As part of its involvement, the brand will host an interactive pop-up booth where fans and athletes will have the opportunity to check out and purchase the new Kenya Racer 3 shoe – the official sneaker of this year’s marathon.  “Running is one of FILA’s positioning categories in Brazil, and being associated with one of the largest and most traditional marathons of the country is a great privilege, as well as a strategic tool for the expansion of the brand,” says Eduardo Dal Pogetto, Sports Marketing Manager at Grupo DASS.

This year, FILA will once again be represented by their sponsored team of elite Kenyan runners​, Carolyne Chemutai Komen, Jane Jelagat Seurey, Dickson Kimeli Cheruiyot, and Robert Kipkorir Kipchumba. Komen, the winner of last year’s women’s category, and Cheruivot are among those favorited to win this year’s event. The Kenyan athletes are all trained by Coach Moacir Marconi, also known as “Coquinho.”

In the days leading up to the marathon, FILA will host a pop-up store at the Mauro Pinheiro Gymnasium. In addition to selling running products and accessories, the booth will also offer a series of postural and kinematics tests coordinated by Força Dinâmica – a team of postural specialists. The goal of these tests will be to assess each athlete’s posture, and to give personalized tips on how to improve performance and stance. Race participants can visit the FILA booth from 21-23 April when they pick up their marathon kits.

The São Paulo Marathon will kick off at Ibirapuera Park at 7AM, and will be led by the female elite runners. Wheelchair athletes will begin at 7:15AM, followed by the male elite and general runners at 7:30AM. Race participants are grouped into four levels: marathon runners (42.1 km), 15-mile runners (24.14 km), 5-mile runners (8.04 km), and 2-mile walkers (3.21 km).

FILA is one of the leading brands in apparel manufacturing, sport and urban footwear. Founded in 1911, the brand is internationally recognized for its critical role in the design and development for tennis and running products.

Founded in 1968, the DASS Group is one of the largest manufacturers and exporters of sports equipment in Latin America. Headquartered in Jardim Paulistano, Brazil, DASS has operational units in Argentina, Brazil, Mexico, and Peru as well as distributors in Bolivia, Chile, Colombia, Ecuador, Panama, Paraguay, Uruguay, Venezuela and Central America. 100% of items produced by DASS are of national production.

When it comes to ransomware, you don't always get … END_OF_DOCUMENT_TOKEN_TO_BE_REPLACED

Peyton Carr is a financial advisor to founders, … END_OF_DOCUMENT_TOKEN_TO_BE_REPLACED