You are here: Home / World / Before Official Announcement, Jeb Bush Shows Off Support Inside Florida 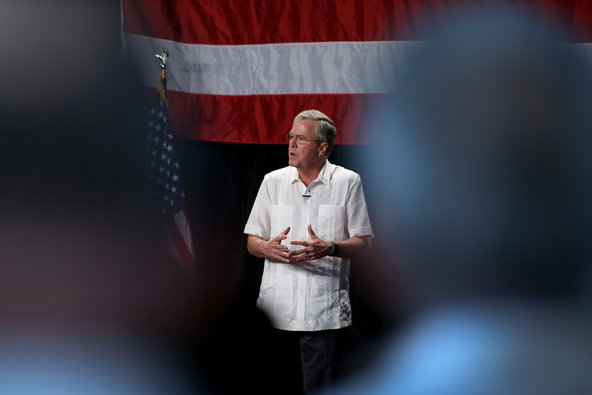 Former Gov. Jeb Bush unveiled a raft of endorsements from Republicans in Florida on Friday, demonstrating support in his home state ahead of next week’s expected announcement that he is running for president.

The endorsements include 11 members of Congress and three state cabinet members. Mr. Bush’s team said the support will help him show how the former governor’s leadership helped make Florida an economic success.

The Miami Herald, which first reported the endorsements, noted that Mr. Bush’s supporters include all three Cuban-American lawmakers from Miami and 6 of the 17 Republican members of the Florida congressional delegation has not endorsed him.

Gov. Rick Scott has yet to endorse a presidential candidate and additional endorsements in Florida are expected to be hard-fought between Mr. Bush and Senator Marco Rubio, who also hails from the state.

Mr. Bush called it an honor to “receive such a strong show of support from some of Florida’s finest elected officials.” He is expected to announce his White House bid on Monday at Miami Dade College.

When it comes to ransomware, you don't always get … END_OF_DOCUMENT_TOKEN_TO_BE_REPLACED

Peyton Carr is a financial advisor to founders, … END_OF_DOCUMENT_TOKEN_TO_BE_REPLACED