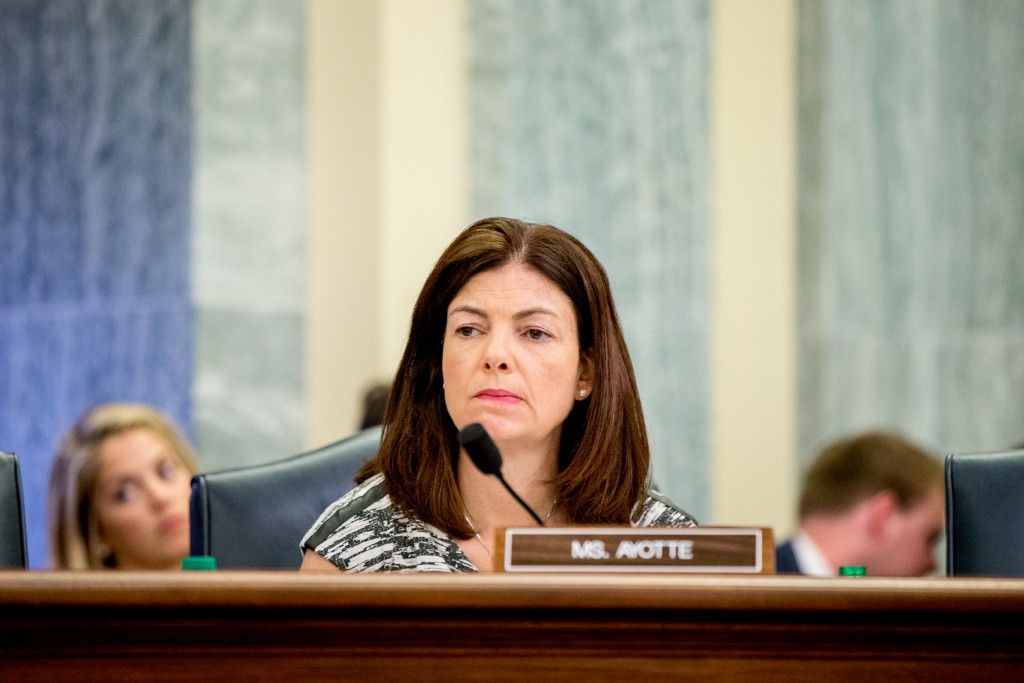 As soon as the EPA’s Clean Power Plan hit the Federal Register, the rule was met with a flurry of lawsuits from fossil fuel-producing states, utility groups and the coal industry. Republicans in Congress have pledged to block the rule, and could try to kill the rule through the Congressional Review Act this week.

But in a chorus of Republican opposition, the Obama administration won a new ally over the weekend, when Kelly Ayotte (R-NH) became the first Republican senator to openly voice support for the Clean Power Plan.

“It’s so important that we protect New Hampshire’s beautiful environment for our economy and for our future,” Ayotte said in a statement on Sunday, following an interview with New Hampshire Public Radio in which she endorsed the plan. “After carefully reviewing this plan and talking with members of our business community, environmental groups, and other stakeholders, I have decided to support the Clean Power Plan to address climate change through clean energy solutions that will protect our environment.”

The rule — President Obama’s most aggressive policy to regulate carbon emissions from power plants — calls for a 32 percent reduction in carbon emissions compared to 2005 levels by 2030. It is largely viewed as the Obama administration’s strongest move toward combating climate change, and has garnered support from environmental groups, a coalition of states, and hundreds of businesses. The rule is also overwhelmingly supported by voters — according to a poll from the League of Conservation Voters, 70 percent of Americans want their states to comply with the plan. Even among Republicans that don’t support the rule, 68 percent still want their state to develop a plan that complies with it.

In voicing her support, Ayotte cited several New Hampshire businesses that have vocally supported the plan, including Smuttynose Brewing Company, Timberland, and Worthen Industries. Ayotte also noted that New Hampshire’s Department of Environmental Services says the state is already well on its way to meeting the targets set forth by the Clean Power Plan — the state has been charged with one of the more “stringent” requirements, according to the EPA, and must cut its carbon emissions 23 percent.

But Ayotte’s support of the plan could also help her bid for reelection in an important battleground state. New Hampshire voted for President Obama in the last two presidential elections, and early polling suggests the race for Ayotte’s senate seat will be tight, with her primary competition coming from Gov. Mag­gie Has­san, a Democrat who also supports the Clean Power Plan. On Friday, Hassan called for New Hampshire’s representatives in Congress to support the plan, and accused Ayotte of siding “with corporate special interests over New Hampshire’s environment.”

Ayotte hasn’t always been so appealing to environmentalists. As Rebecca Leber at the New Republic points out, her environmental voting record through her first term earned her an “abysmal” 26 percent score from the League of Conservation Voters, and Ayotte once pledged to vote against any legislation on climate change. She began to break from her fellow Republicans during the Senate debate on the Keystone XL pipeline, when Ayotte split with Republicans 10 times on various environmental amendments, voting with Democrats more than any other Republican with the exception of Susan Collins (R-ME).

When it comes to ransomware, you don't always get … END_OF_DOCUMENT_TOKEN_TO_BE_REPLACED

Peyton Carr is a financial advisor to founders, … END_OF_DOCUMENT_TOKEN_TO_BE_REPLACED