You are here: Home / Business / First Solar Plane to conquer the Stratosphere is revealed by Switzerland 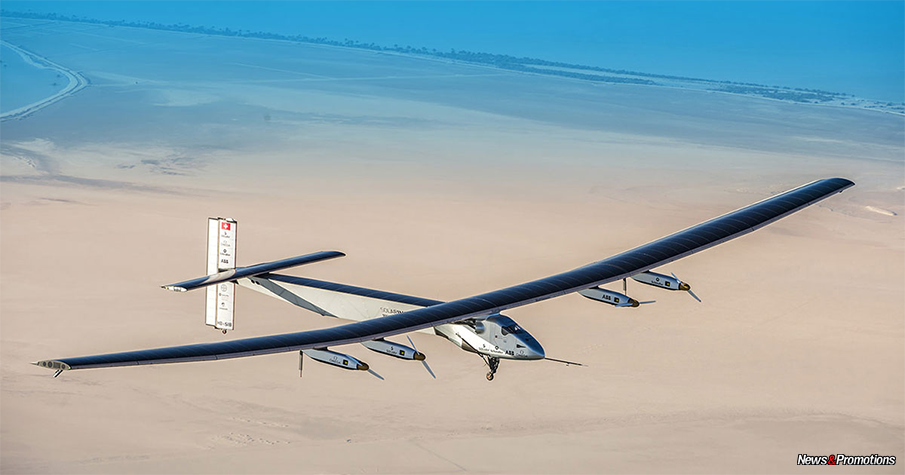 A Swiss pilot revealed a solar plane with, which is intend to make the first human solar flight into the stratosphere, reports the AFP. ‘Our goal is to demonstrate that current technology offers us the possibility to achieve above and beyond what fossil fuels offer,’ stated Raphael Domjan, 44 years, who did, in 2012, the first tour of the world on the board of a solar boat. After more than two years of preparation, the plane with two seats, SolarStratos, was presented to the press at the military base from Payerne (in the West of Switzerland). With a length of 8,5 meter and with 24,8 meters in the wings, the plane is covered by 22 square meters of solar panels and weighs 450 kg.

It is the first solar plane with human crew, which will try to fly into the stratosphere, an impossible to do attempt with an airplane with classic propulsion. The plane will rise to an altitude of 25 km, the journey lasting five hours, of which two and a half hours the rise, 15 minutes the flight on the sky and then three hours are required to return to the Earth. Because the plane is not pressurized, the pilot will wear a jacket similar to those of the astronauts, which works only with solar energy. ‘Electric and solar vehicles are among the major challenges of the 21st century, the SolarStratos can fly at an altitude of 25,000 metres (82,000 feet)’, said Raphael Domjan, 44 years old.

The first flight tests will be made in February next year and the first flights at the half of the targeted altitude will take place during the summer of 2017. The first stratospheric flights are scheduled for 2018. Until now, a huge quantity of helium or of energy was required in order to reach the stratosphere.

When it comes to ransomware, you don't always get … END_OF_DOCUMENT_TOKEN_TO_BE_REPLACED

Peyton Carr is a financial advisor to founders, … END_OF_DOCUMENT_TOKEN_TO_BE_REPLACED