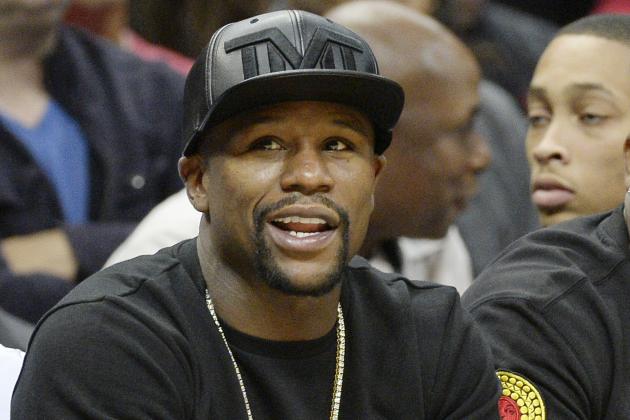 Canelo bludgeoned his way to a unanimous points win over the Puerto Rican in Las Vegas, with Roach’s man unable to cope with the energy brought into the bout by the vibrant youngster. Mayweather told Ben Thompson of FightHype.com (h/t Keith Idec of BoxingScene.com) he thinks the advice given to Cotto throughout the fight from his corner was poor (Warning: NSFW language):

If your coach knows you’re losing in the fourth round, if that was the case, that’s when a trainer needs to step up and say, ‘You know what? Pick up the f—–g pace. You losing.’ Or, ‘F–k it! Go out like a soldier! Go for the knockout.’ If you get caught, that’s part of the game. But s–t, the name of the game is kill or be killed. You gotta sacrifice something to get something. 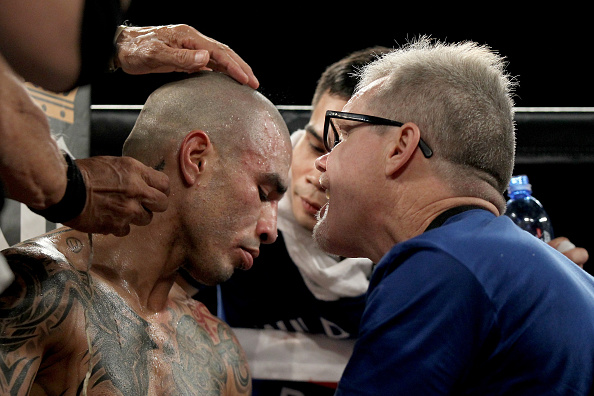 Cotto was a slight underdog heading into this one, but many thought he had a fine chance of taking victory after a recent renaissance under Roach. After losing successive bouts to Mayweather and Austin Trout, the 35-year-old turned to Roach to resurrect his career, enjoying three consecutive wins before taking on Canelo.

Despite the upturn in form, Mayweather also claimed the influence of Roach on Cotto has been greatly overstated (Warning: NSFW language):

But when Pacquiao lost to Marquez and he lost to me, they still keep talking about how legendary the coach is. When are y’all going to get on the coach’s ass and say, ‘You know what? This coach done a f—-d up job.’ 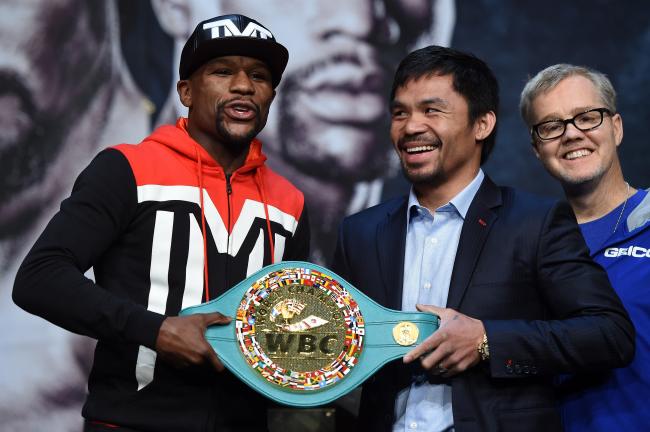 “These guys got these trainers working their training camp, holding pads and working with them when they’re not 100 percent,” said the retired fighter. “If you cannot give me 100 percent, I’m not going to be able to go out there and perform the way I need to perform if I don’t have the tools that I need.”

While Mayweather may decry the qualities of Roach, there have been some clear statistical improvements, as noted here by ESPN Stats & Info prior to the fight with Canelo:

Miguel Cotto has landed 49% of punches in his last 3 fights under trainer Freddie Roach (25% in 2 prior fights without Roach). #CottoCanelo

The man known as “Money” retired undefeated from boxing earlier this year after beating Andre Berto in a lopsided encounter.

Prior to that fight, Mayweather got the better of Roach’s crown jewel Manny Pacquiao in one of the biggest bouts of all time. That night, Mayweather dismantled his opponent, with neither the Filipino nor Roach able to concoct a plan to effectively penetrate Money’s remarkable defensive skill set.

Roach was unable to formulate a plan to get the better of Mayweather.

Nevertheless, as noted by Chris Mannix of Sports Illustrated, the iconic trainer still commands a massive amount of respect and is an almost unanimously popular figure:

Freddie Roach just walked by the press table. Few better guys in this business than Roach. Will talk boxing for hours if you let him.

That’s a vital part of his coaching style, but results speak for themselves too. Indeed, Roach helped establish Pacquiao as the most exciting fighter on the planet at his peak, with devastating wins over Ricky Hatton, Oscar De La Hoya and Cotto. Elite fighters would not seek to work with him so consistently out of sympathy or faded reputation.

Mayweather always came across as a mentally strong, single-minded fighter, meaning the impact of a coach would only result in minor tweaks to his style. However, others need that something extra aside from working on fundamental fighting skills and that’s what Roach, despite this loss, has long provided for his fighters.

When it comes to ransomware, you don't always get … END_OF_DOCUMENT_TOKEN_TO_BE_REPLACED

Peyton Carr is a financial advisor to founders, … END_OF_DOCUMENT_TOKEN_TO_BE_REPLACED