You are here: Home / Technology / Fly Through New York City’s Busiest Airport with Your Phone 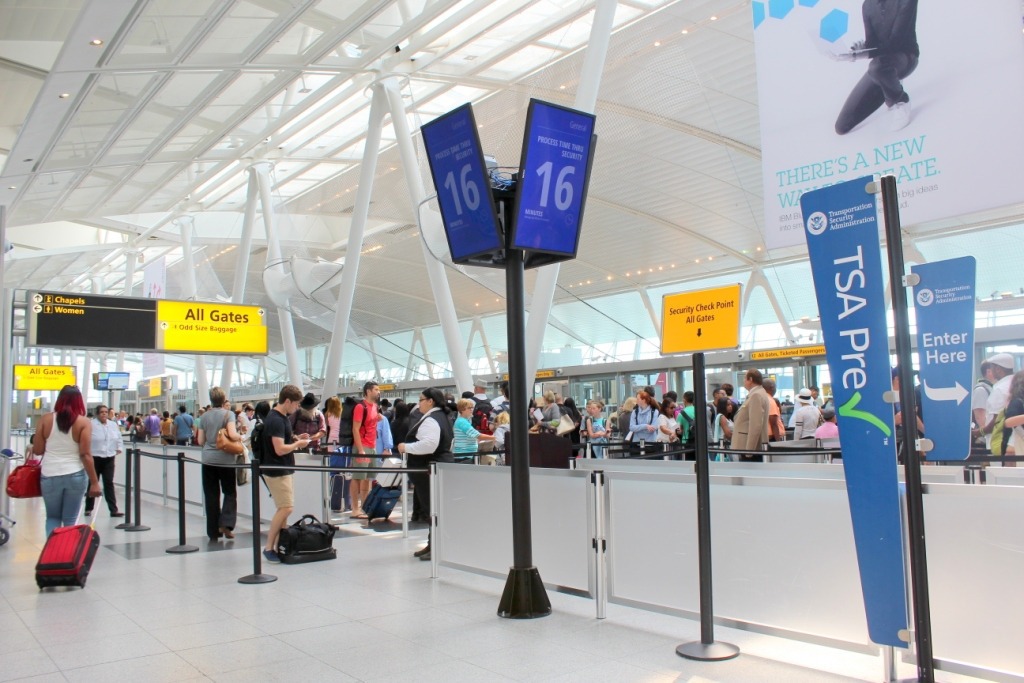 It may be disconcerting to know your phone can be used to track your every step, but that information can also be used for good — at least at New York City’s John F. Kennedy International Airport.

An entire system was launched this week at Terminal 4 to track the location of travelers’ phones in order to measure wait times at security checkpoints, customs areas and even the taxi queue.

As passengers enter the terminal and maneuver through the checkpoints, the tracking system monitors Wi-Fi and Bluetooth signals from smartphones.

Considering that 64% of American adults own a smartphone, and an Expedia survey last year found 94% of leisure travelers bring their mobile device with them, tracking phone signals is now one of the most accurate measures of passenger traffic.

“It tracks your mobile phone, and most people have either Wi-Fi or Bluetooth,” Daryl Jameson, vice president IT and baggage systems, told Mashable. “There are sensors placed strategically along the process. Your phone is always emitting these signals.”

“Beacons capture the signals, and as you pass each beacon the system calculates your travel time,” he said. “It uses mean time, not average, to figure out what the total process or wait time is. It drops the ones that are too high or too low, and the system is smart enough to realize if you don’t [pass] each beacon in the correct order, it will immediately drop your information. Same if you go in the wrong direction.”

The employees at the airport receive the information, and the company has taken the additional step of broadcasting the wait times on monitors so passengers can plan accordingly.

“Information takes away uncertainty,” Gert-Jan de Graaff, president and CEO of JFKIAT, told Mashable. “We’re taking away anxiety, and providing information based on which [passengers] can make decisions.”

At Terminal 4, the largest of the terminals at JFK, the tracking system has the potential to impact millions of travelers.

“We’re probably reaching 19 and a half million passengers this year in total,” said de Graaff. “Last weekend was our busiest weekend ever: We had two days with more than 71,000 passengers.”

JFK is now the only airport in the country to use a queue measurement system at security and customs.

“It’s a big operation, which is why we’re introducing innovations to enhance the operations of the building,” said de Graaff.

Other airports have been implementing beacons for a variety of purposes. San Francisco International Airport, launched a pilot program last year to use beacons to help blind travelers better navigate the terminals. The technology is likely to expand to additional airports, if not for public displays of expected wait times, then at least to the authorities responsible for managing passenger traffic.

If the idea of your every step being tracked through an airport sounds creepy, it shouldn’t, according to Jameson.

While location tracking sounds creepy, he says that privacy is a priority, and that although the system is tracking phone locations through the terminal, it is not storing personal data about any passengers.

“Even though your information is collected, it’s not used for anything,” Jameson said. “It’s immediately discarded after we determine the time.”

Before the Wi-Fi and Bluetooth tracking, JFKIAT relied on manual processes.

“We were doing these processes manually, using cards, identifying people in the queue, and we found that to be cumbersome,” said Jameson. “We thought the technology in tracking something passive, would be the best way.”

When it comes to ransomware, you don't always get … END_OF_DOCUMENT_TOKEN_TO_BE_REPLACED

Peyton Carr is a financial advisor to founders, … END_OF_DOCUMENT_TOKEN_TO_BE_REPLACED