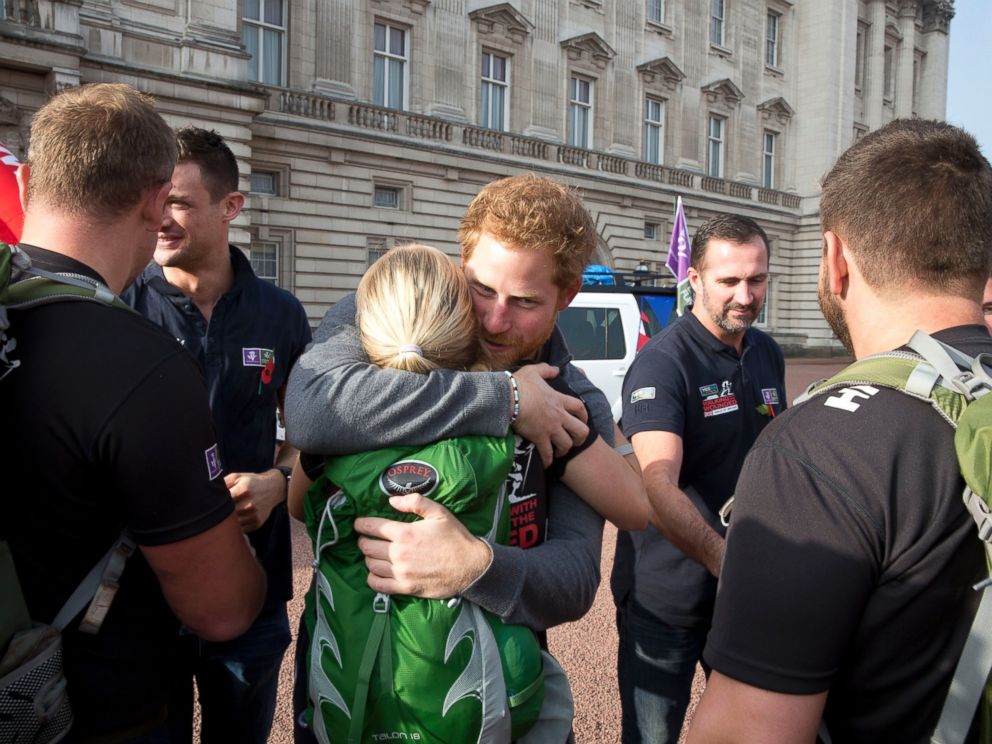 United States Marine Corps veteran Sgt. Kirstie Ennis nearly died while serving in Afghanistan, but now she is on a new mission to compete in the Paralympics as a champion snowboarder. Ennis, 24, was honored at the Bob Woodruff Foundation’s annual “Stand Up for Heroes” event in New York on Tuesday, recognized for her bravery and shared a message of hope and strength.

“Like everyone else in the front rows tonight, I do not want anyone’s pity,” she told the audience. “We want people to push and challenge us to be better in order to grasp a new sense of purpose and direction.”

Ennis nearly lost her life in June 2012. She was serving as an aerial gunner in Afghanistan when her helicopter went down.

“The first six months after I got hurt, my life fell apart — it was falling apart in front of me,” she said. “I had no jaw, I had no teeth. I couldn’t communicate to my family. I couldn’t even identify who my family really was. I faced some extreme trials.”

The crash left her with a shattered jaw, a broken leg, damage to her spine, burns, a hearing impairment and a traumatic brain injury. Doctors told her she would never walk again.

But she did more than walk.

After 38 surgeries to repair her body, Ennis picked up snowboarding and found that it gave her life new meaning. She had never gone snowboarding before she was wounded, she said, and now she is ranked fifth internationally for women’s Paralympic snowboarding and is on track to compete in the 2018 Paralympics.

“Yes, I am classified as a disabled person, I’m handicapped, but if I can go out and do something like this I couldn’t do before, I mean, that gives you the power and the strength to try and overcome anything at that point,” Ennis said.

Earlier this fall, Ennis trekked 1,000 miles across Great Britain with five other veterans as part of the Walking With the Wounded team. To honor the sacrifice of fellow soldiers who can’t walk with them anymore, they placed dog tags with names of the fallen along the route.

“I lost 25 brothers, whether they were killed in action or they came home and lost their fight to PTSD,” Ennis said, referring to post-traumatic stress disorder.

She marked the end of the her trip with presenting her final dog tag to Prince Harry at Buckingham Palace on Nov. 1, remembering another Marine who didn’t survive when his helicopter went down.

Eventually, Ennis will undergo another surgery. Doctors will amputate the lower part of Ennis’ leg that causes her so much pain, a surgery she postponed to take part in the walk.

When it comes to ransomware, you don't always get … END_OF_DOCUMENT_TOKEN_TO_BE_REPLACED

Peyton Carr is a financial advisor to founders, … END_OF_DOCUMENT_TOKEN_TO_BE_REPLACED