You are here: Home / World / Fort Lauderdale Is Under a Boil-Water Warning After Officials Find E. Coli in Wells 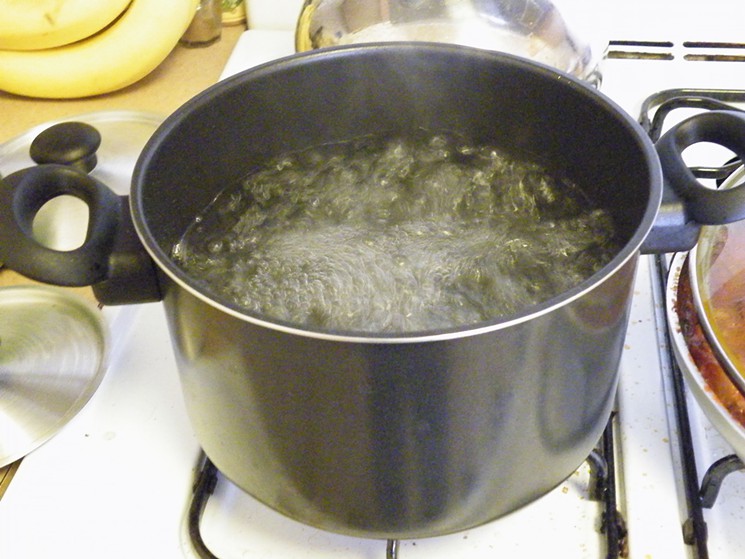 The City of Fort Lauderdale, as well as Lauderdale-by-the-Sea, Oakland Park, Port Everglades Authority, Village of Sea Ranch Lakes, Wilton Manors and sections of Davie and Tamarac (east of State Road 7/441) has upgraded a boil-water advisory to a boil-water warning.

On Saturday, a sample taken from one of the ground water wells that feeds into the George T. Lohmeyer Wastewater Treatment Plant was incubated for 24 hours and tested positive for E. coli. The city immediately sent out a boil-water advisory, which has expanded to the boil-water warning.

The Escherichia coli (or E.Coli) is a bacterium commonly found in the lower intestine and can cause serious food poisoning when consumed.

“The advisory will remain until the State reviews and approves test results,” a statement reads on the city’s website. “It is important to point out that the source well in question was taken out of service. The City is following state protocols which require this precautionary advisory.”

The city is warning all customers that all water taken from the tap should boil for at least one minute, and let it cool before using for drinking, making ice, brushing teeth, washing dishes and food prep until the City gives the all-clear.

According to a press release from city spokesman Matt Little, two separate samples were taken by the city, including from the finished water from the Fiveash Treatment Plant. As a result, the source well that came up positive for E. coli has been taken out of service and is being flushed, retested and reevaluated, according to Little. The new results will be provided to the Department of Health, which will then determine what to do next.

Until then, the boil-water warning will remain until officials can be sure the water is clean and safe for use again. Little says officials hope to have the problem resolved within 24 hours.

For more information, please contact The City of Fort Lauderdale, Customer Operations Center at 954-828-8000. General guidelines on ways to lessen the risk of infection by microbes are available from the EPA Safe Drinking Water Hotline at 1-800-426-4791.

When it comes to ransomware, you don't always get … END_OF_DOCUMENT_TOKEN_TO_BE_REPLACED

Peyton Carr is a financial advisor to founders, … END_OF_DOCUMENT_TOKEN_TO_BE_REPLACED