You are here: Home / Business / ‘The Founder’, a movie about McDonald’s restaurants, becomes a global success 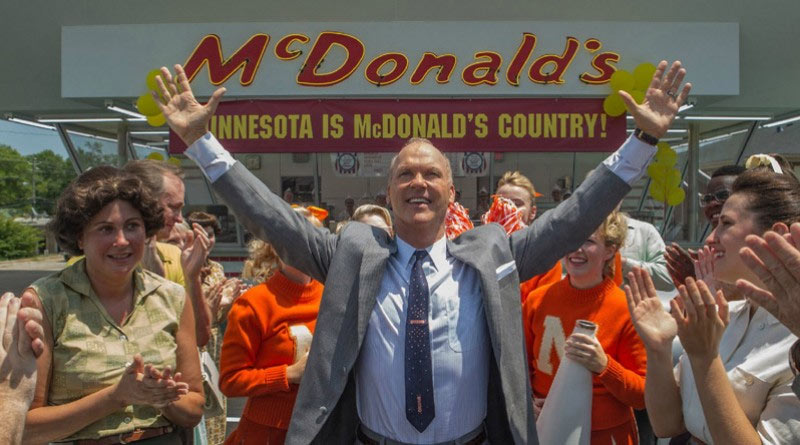 The actor Michael Keaton presented in Los Angeles his new film ‘The Founder’, in which he plays the role of Ray Kroc, a bankrupt entrepreneur who made from a modest McDonald’s local, one of the largest chains of fast food in the world, according to the EFE. Directed by John Lee Hancock (‘Saving Mr. Banks’), the film shows how Kroc, 52 years old, meets in the ’50s, the Mac and Dick McDonald brothers, who at that time had a modest but very popular restaurant in San Bernardino (California). Kroc was rapidly attracted by the system created by the two brothers to prepare quality food and saw in this a huge potential to transform the idea into a franchise with multiple properties.

The screenplay, signed by Robert Siegel (‘The Wrestler’) shows how Kroc maneuvered to keep the two brothers away from the management of the company and created a multimillionaire business on a world scale, with over 35,000 fast food restaurants. Michael Keaton said that he was familiar with Kroc, but he didn’t know him well before playing in this movie. He considers the movie a great story about a person that revolutionized the fast-food culture in our society.

After becoming a real estate agent for the McDonald’s brothers, Kroc has begun to buy land in order to build different buildings of the company, and then, the lessees rented from him directly. This maneuver left the McDonald’s brothers outside, taking into account the fact that their rights were limited to the revenues generated by the restaurants. In 1961, Kroc bought the participation of the brothers in the business and he became the new owner of McDonald’s.

The two brothers are played in the movie by John Carroll Lynch and by Nick Offerman. These brothers brought a unique rapidity in preparing a menu limited to fries, hamburgers, soda and ice cream.

When it comes to ransomware, you don't always get … END_OF_DOCUMENT_TOKEN_TO_BE_REPLACED

Peyton Carr is a financial advisor to founders, … END_OF_DOCUMENT_TOKEN_TO_BE_REPLACED