You are here: Home / Business / The French Postal service will send packages with the drones 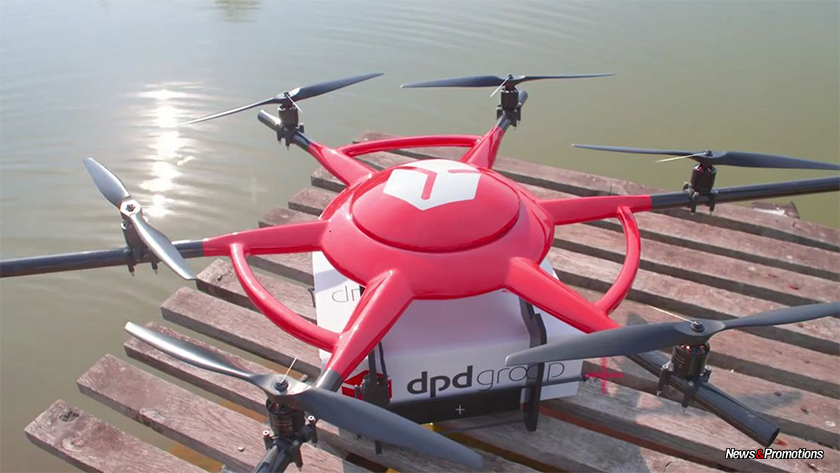 The French postal service announced that will begin the delivery of the packages using the drones, two years after testing this procedure. The packets will be transmitted once a week using an air lane of 15 kilometers in the South-East of the country, informs the AFP. In this way, the French postal service joins the companies which have used the drones to make postal deliveries in an innovative way. Controlled at a distance by an authorized operator, the drone will take off from Saint-Maximin-la-Sainte-Baume, from Provence, with one packet at the board, and will go through 15 miles after pre-registered parameters, landing in the village of Pourrieres, near an isolated nursery garden in which there are several startups, as shown in the communicate published on the page of the DPDgroup, a subsidiary of the Le Groupe La Poste.

The possibility of packages delivery using the flying device without a pilot has caused real passions in several countries, but the French Postal Service claims that this initiative is a premiere because it is ‘the first regulate commercial line’. The drone can cover a distance of 20 kilometers, can reach a speed of 30 kilometers per hour and can carry a weight of 3 kg, according to the DPDgroup. In the United States, the first delivery with a drone has been made in July by a shop which has made a partnership with the 7-Eleven chain to send a coffee, a doughnut and a chicken sandwich at a private residence from Reno, Nevada.

Amazon has announced that it has made the first delivery of a package via a drone, according to a video posted on its Internet page. In a message on Twitter, the general director of Amazon, Jeff Bezos, said that the delivery lasted 13 minutes and included the streaming system ‘Fire TV’ and a bag of popcorn.

When it comes to ransomware, you don't always get … END_OF_DOCUMENT_TOKEN_TO_BE_REPLACED

Peyton Carr is a financial advisor to founders, … END_OF_DOCUMENT_TOKEN_TO_BE_REPLACED