You are here: Home / Entertainment / Game of Thrones Book Spoilers in TV Series 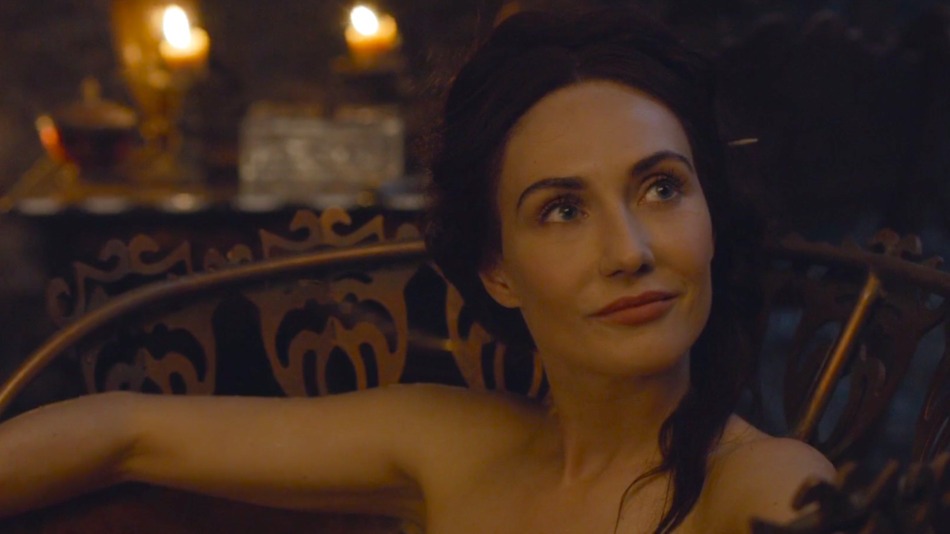 I didn’t start out as a Game of Thrones book reader. It took binge-watching the first two seasons of the HBO show, and the prospect of an impossibly unfair year-long gap before Season 3, to make me dive in.

But once I had thrust myself into George R.R. Martin’s narrative, I had to make a choice. The first volume of A Song of Ice and Fire and the first season of the show agreed nicely. The second book, Clash of Kings? Not so much. Characters started to take different paths. Some simply didn’t exist in the show (RIP, Patchface the court jester and prophet).

When you play the multimedia game of thrones, it soon became clear, you have to take sides. Which of the two stories are you officially following? Which, for you, is the one true narrative to rule them all?

My answer split right down the middle — and now the show is telling us important things about characters that we haven’t learned yet in the books, such as the shocking moment that revealed Melisandre’s true nature, millions of book readers are finding themselves equally torn.

Do we keep watching the show — and risk running into a storm of spoilers for Martin’s future books? Are they now, in some sense, novelizations of the show? (That at least would give the notoriously slow-writing Martin a plan to work from.)

For Seasons 1 and 2, I was a show fan, and came to regard the first two books with suspicion. Martin did not always seem to make the best plot choices, the kind that seemed obvious in hindsight to the showrunners.

When Arya Stark reached the fortress of Harrenhal as a prisoner in the books, for example, I lamented that Martin had not thought to make her cup bearer to Lord Tywin Lannister, as the show cleverly did, amping up the drama.

For Seasons 3 and 4, I was a book fan. After all, these were the seasons adapting what was undoubtedly the best volume of the series, Storm of Swords.

Would the showrunners do the Red Wedding justice? The battle of Castle Black and Ygritte’s death? How about Tyrion’s trial by combat, starring the Red Viper and the Mountain?

The show managed those big set pieces so well that at least two of them — the red pair, Wedding and Viper — have become fixed points in mainstream culture. But it also plodded at times between them, and made questionable choices in the interim (such as the one episode that turned consensual sex in the books into rape in the show for no plot-driven reason whatsoever).

With Season 5, I was back on the show’s side. No one could faithfully adapt Martin’s two great sprawling messes, A Feast For Crows and A Dance With Dragons, nor would they want to. For the most part, they represent an explosion of new characters, new locations, and scenes that read like delaying tactics on Martin’s part. He’s moving his chess pieces into place for showdowns in the upcoming final two books, and doing so rather clumsily.

The show made controversial calls in Season 5. But the one thing it did above all was move its chess pieces to more interesting positions, significantly faster (all that messing about in Dorne notwithstanding), and with far less of a thunk as they landed.

A straight-up adaptation might have killed Game of Thrones in its tracks. But as the Season 6 opener amply demonstrated, there’s life in the old corpse yet.

Still, the show does seem to have crossed another kind of line this time. The debate over whether the show is “ahead” of the books is increasingly meaningless — some storylines are, others aren’t, others are level, still others are in a parallel universe.

One thing the show has definitively not done before, however, is revealed fundamental new details about characters. The kind that are very likely to appear in the pages of Winds of Winter, Martin’s much-anticipated new novel, or the supposed final volume A Promise of Spring.

Because, don’t forget, it has been established many times that the showrunners know Martin’s outline for the next books (He’s also an executive producer). Benioff and Weiss have held back from revealing them so far, but there’s only so long in a storytelling that you can wait for the original author to get his ship together.

That’s why what was revealed about Melisandre in the season opener feels different from, say, the meeting of Daenerys and Tyrion in Season 5 (another event that hasn’t occurred yet in the books.) Seeing them share a bottle of wine was great fan service, but plot-wise, it was pretty inconsequential.

Knowing for sure that Melisandre is hundreds of years old, however? That’s huge for book readers. It significantly increases the chances that she’s actually a Targaryen.

You’ve heard about the R+L=J theory, outlined in the video above? The one that suggests Jon Snow is the secret child of a Targaryen prince?

Well, there’s a similar theory abroad in the fan community called R+B=M. Click the link if you really want to know the gory details, but suffice to say it posits that Melisandre is another Targaryen love child. One that would fit directly into the prophecy of Azor Ahai, the Lord of Light, the long-anticipated messiah that Jon Snow may be. It would make her the “Red Star bleeding” mentioned in the prophecy — suggesting that she may have to bleed herself to save Jon Snow’s life.

I told you it was a potentially huge spoiler for book readers.

Now, you may say this isn’t necessarily going to happen in the books. Here’s why I disagree.

Much has been made of the fact that Melisandre took off her bejeweled necklace in the season opener and aged instantly — but wasn’t seen to age the other time she took off her necklace, in the bathtub in Season 4.

All weekend fans have been contorting themselves into pretzels trying to explain this apparent continuity error. They suggest that Selyse, Stannis’ wife, sees Melisandre as she really is, and this explains a slightly shocked, slightly disgusted look on her face. (In fact, she looks no more shocked or disgusted than usual. She has resting shocked-and-disgusted face.)

The showrunners simply didn’t know then that Martin intended the necklace to be part of the glamor keeping her young. (The bathtub scene wasn’t in the books, after all, so why bother the author about it?)

Now they know, because to plot out this season they need to know Martin’s full endgame. And they also know the infinitely smart fan community will come up with plausible explanations for the error without any intercession.

In other words, this reveal has George R.R. Martin book material written all over it. And that tips over a chain of dominoes that makes a certain book ending more likely.

So not only do you have to take a stand for or against Thrones spoilers on social media — you’re either cool with your friends talking about the latest episode before you see it, or you unfriend them swiftly with a shiv, Westeros-style. Now you also have to decide where you stand on book spoilers — and whether you’re unfriending Game of Thrones itself.

Don’t laugh — I know of at least one person who is loyal to the books above all and has already stopped watching the show for that reason. They just prefer to find out the story in the written form. They don’t want to read novelizations.

When it comes to ransomware, you don't always get … END_OF_DOCUMENT_TOKEN_TO_BE_REPLACED

Peyton Carr is a financial advisor to founders, … END_OF_DOCUMENT_TOKEN_TO_BE_REPLACED