You are here: Home / World / Gary Hunt Makes a Big Splash and Dives From 9 Stories Up 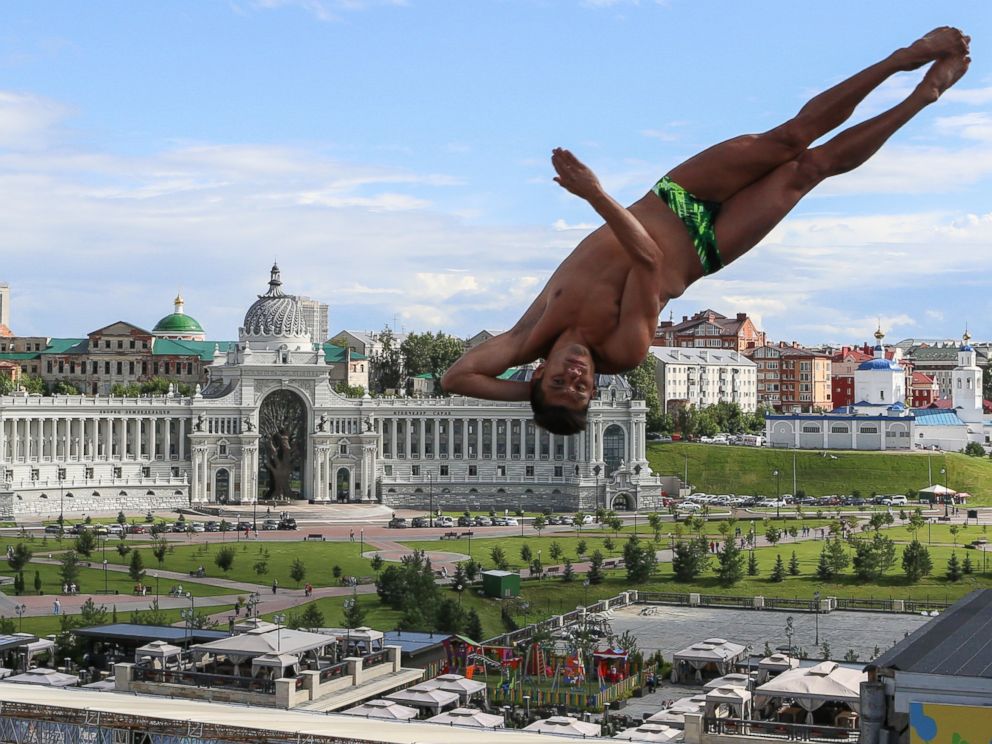 Eighty-eight feet is a long way down and, yet, some extreme divers take the plunge. Gary Hunt, 31, of Great Britain, took the top title at the FINA World Championships in Kazan, Russia, diving off the equivalent height of a nine-story building into the Kazanka River below.

Hunt took a victory dive Wednesday off the tall platform with a video camera in his hand, showing just how quickly the divers travel straight down to the water.

“How do we train? There isn’t any facility in the world with 27m [meters], so we all basically train in 10m platform,” Hunt told Fina after his win.

“Of course, we have to do the adaptation to the higher board when the competition arrives, but that’s why High Diving has a very strong mental component,” he added.

This was Hunt’s first high diving victory after placing second at the inaugural 2013 Worlds in Barcelona and second again in 2014 at the same Kazanka venue.

Twenty men and 10 women competed in this year’s extreme diving competition and American Rachelle Simpson won the women’s title off the 20-meter platform, about 65 feet.

Athletes are required to enter the water feet-first after their dives because of the harsh impact.

When it comes to ransomware, you don't always get … END_OF_DOCUMENT_TOKEN_TO_BE_REPLACED

Peyton Carr is a financial advisor to founders, … END_OF_DOCUMENT_TOKEN_TO_BE_REPLACED