You are here: Home / Automotive / Get Paid to Test Self-driving Cars in Arizona by Google 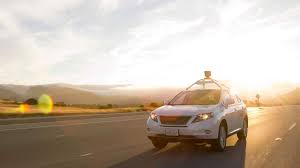 From the “best job ever” department: Google is paying Arizona drivers 20 bucks an hour to test a self-driving car. According to the job listing, the drivers (or self-driving vehicle operators, as Google calls it) need to have a clean driving record, no criminal history, a BS or a BA degree and the ability to type at least 40 words per minute.

The job involves driving 6-8 hours a day in a two person team, five days a week while monitoring the car’s systems with “constant focus” and filling up daily reports.

“(Test drivers) give our engineers feedback about how our cars are driving and interacting with others on the road, and can take control of the vehicle if needed,” Brian Torcellini, head of operations for Google’s Self-Driving Car testing program, told The Arizona Republic.

The job listing comes about a month after Google announced it would expand its self-driving car testing program to Phoenix, Arizona (the job listing is for Chandler, a suburb of Phoenix).

Google said at the time it wants to capitalize on Phoenix area’s desert conditions and test how its autonomous vehicles behave in high temperatures.

When it comes to ransomware, you don't always get … END_OF_DOCUMENT_TOKEN_TO_BE_REPLACED

Peyton Carr is a financial advisor to founders, … END_OF_DOCUMENT_TOKEN_TO_BE_REPLACED