You are here: Home / World / Giant Coal Company Plays the System to Undercut Its Competitors and Shortchange Taxpayers 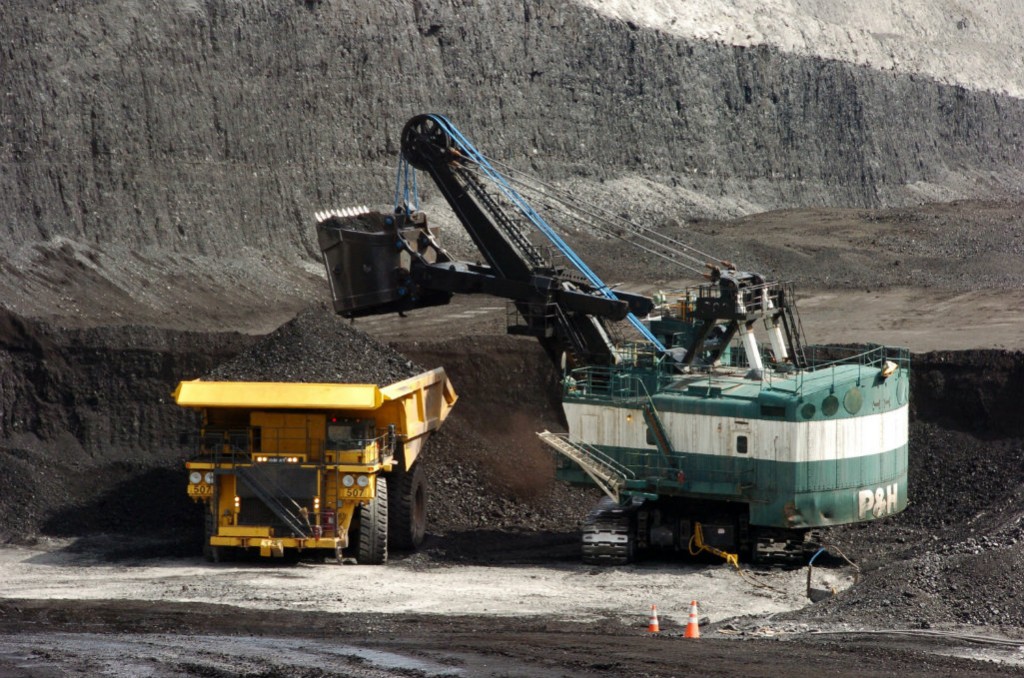 The Obama Administration and a group of lawmakers recently took the first steps in more than thirty years toward reforming the federal government’s coal program. Standing in their way, however, is a giant new coal company with a business model that depends on bending the rules, dodging royalty payments, and spending big to win powerful political allies.

Most Americans have never heard of Cloud Peak Energy, the third largest coal company in the United States. A 2009 spinoff of the British-Australian mining company Rio Tinto, Cloud Peak only owns three mines, but these mines are among the biggest in the United States. All three are on taxpayer-owned public lands in the Powder River Basin in Montana and Wyoming, where strip-mining costs are low, production is high, and federal policies are favorable.

In recent months, Cloud Peak has emerged as the most vocal critic of the Obama Administration’s efforts to modernize the federal coal program. The company argued that a proposal to prevent selling coal to its own subsidiaries is “completely unjustified and is a thinly veiled effort to inhibit the mining of federal coal,” and attempting to orchestrate an elaborate campaign to block it. Cloud Peak’s assertions about the proposal’s financial impacts have been so extreme that even Peabody Energy, the world’s largest coal company, downplayed Cloud Peak’s claims to analysts and investors.

Cloud Peak has also distinguished itself in recent months by claiming to stand on stronger financial footing than its biggest rivals, with CEO Colin Marshall predicting an almost 700 percent increase in coal exports and an increased share of the domestic power generation market for Powder River Basin.

A Climate Progress review of Cloud Peak’s financial records, investor disclosures, and political contributions found that the company’s fierce defense of status quo federal policies and its financial bullishness are no coincidence. As a corporation, Cloud Peak is structured to exploit loopholes in the federal coal program, and the company is doggedly determined to preserve its special breaks.

Here are the three principal tactics that Cloud Peak uses to game the system, shortchange taxpayers, and undercut its competitors:

1. Selling coal to its own subsidiaries to dodge royalty payments.

In 2012, a Reuters investigation found that coal companies in the Powder River Basin are exploiting a loophole in federal royalty policy that is likely costing taxpayers tens of millions of dollars in lost revenues each year. In short, the loophole allows mining companies to sell coal to their own subsidiaries, pay a royalty on an artificially low price, and then export the coal to Asia where their subsidiaries sell it for several times the price.

Cloud Peak appears to be the biggest benefactor of this loophole and is its most staunch defender. Cloud Peak has created a network of at least 31 domestic subsidiaries through which it markets and sells its coal.

A Climate Progress review could find no public record of any of Cloud Peak’s subsidiaries paying federal royalties, suggesting that the company indeed pays royalties on the price at which the parent company sells coal to its subsidiaries. In a 2013 filing to the Securities and Exchange Commission, Cloud Peak appeared to confirm that it is widely engaged in self-dealing, acknowledging that if the government were to prohibit companies from paying royalties on the price at which the coal is sold to subsidiaries, it would reduce their profits. “If the federal government were to materially alter the method for valuing royalty payments for our non-arms’ length sales, our profitability and cash flows could be materially adversely affected,” reads the Cloud Peak disclosure.

But how much money are taxpayers losing as a result of Cloud Peak’s exploitation of this royalty loophole? The federal government, unfortunately, will not release mine-level information about a company’s royalty payments, making it nearly impossible to conduct a thorough independent audit. Because Cloud Peak’s production is nearly exclusively from federal lands, however, one can estimate how much it might be underpaying taxpayers based on the company’s annual reports and aggregated royalty information from the federal government.

In 2013, for example, Cloud Peak reported to its investors that it sold 89.1 million tons of coal for a total price of $1,136,318,000. Cloud Peak records show that it purchased 1.5 million tons of that coal from third parties, and Montana officials say that Cloud Peak produced 3.6 million tons from state lands, meaning that approximately 94 percent of the coal that Cloud Peak sold in 2013 was from surface mines on federal lands and therefore subject to a 12.5 percent royalty rate.

Climate Progress estimates that — based on Cloud Peak’s own disclosures — Cloud Peak should have paid at least $133,909,529 in federal royalties. The federal Office of Natural Resources Revenue, however, reports that Cloud Peak paid only $120,674,727 in royalties in 2013 — a potential underpayment of more than $13 million. Cloud Peak’s underpayment of royalties in 2013 may in fact have been higher. If one were to estimate Cloud Peak’s royalty liabilities based on revenues from federal lands as opposed to just the cost of product sold, it appears that Cloud Peak may have shortchanged taxpayers by roughly $44 million.

With over $13 million a year on the line — and perhaps much more — it is no wonder why Cloud Peak is adamantly opposed to the federal government’s proposal to stop self-dealing and prevent royalty dodging.

2. Winning exclusive deals to buy publicly-owned and tribally-owned coal for pennies on the ton.

In a major energy policy speech in March, Secretary of the Interior Sally Jewell observed that “most Americans would be surprised to know that coal companies can make a winning bid for about a dollar a ton to mine taxpayer-owned coal.” Indeed, two of Cloud Peak’s competitors bought massive amounts of taxpayer-owned coal in the Wyoming portion of the Powder River Basin in 2011 and 2012 for between $1.10 and $1.35 per ton.

Cloud Peak, however, has bought its most promising coal prospects in the Powder River Basin for even less than a dollar per ton. The federal government received only between $0.85 and $0.88 per ton on leases sold at Cloud Peak’s Antelope mines in Wyoming. At Cloud Peak’s Spring Creek Mine in Montana, the federal government received only $0.18 per ton from its most recent lease sale in 2007.

Cloud Peak is paying even less for the rights to mine tribally-owned coal. In 2013, Cloud Peak signed an agreement with the Crow Tribe to gain the exclusive option to mine approximately 1.4 billion tons of tribally-owned coal. If Cloud Peak exercises its option to mine the lands, the company says it will pay the Crow Tribe $0.08 to $0.15 per ton for the mining rights — approximately one-tenth of the price that Cloud Peak’s competitors have been paying in the Wyoming portion of the Powder River Basin.

Cloud Peak protects its loopholes and special breaks through aggressive lobbying and hundreds of thousands of dollars in campaign contributions. Since 2010, Cloud Peak Energy has invested roughly $1.4 million on lobbying and $177,000 in campaign contributions to Members of Congress and Federal candidates. The biggest beneficiary of Cloud Peak’s largesse was Senator Steve Daines, who has received $16,000 from Cloud Peak’s PAC since 2012.

Cloud Peak’s big spending on political contributions has likely helped win support for its priorities in Congress. Senator Daines and Rep. Ryan Zinke have been vocal proponents of the Gateway Pacific Terminal at Cherry Point — a proposed coal export terminal in Washington State that would help Cloud Peak increase its export of Powder River Basin coal to Asian markets. Rep. Zinke, who has taken $4,500 from Cloud Peak during the past year, also tried to quietly pass a legislative rider to block the Obama Administration from closing the loophole that Cloud Peak is exploiting — a move that provoked blowback from editorial writers in Montana.

Cloud Peak’s influence appears to go even deeper in local politics. Cloud Peak, for example, spent $50,000 on a Whatcom County council race in Washington state — the county in which the Gateway Pacific Terminal will be located. An investigation by the Billings Gazette also found that more than a dozen elected officials sent suspiciously similar letters asking the Interior Department to delay its efforts to close the loophole on coal royalties. The form letter was circulated by Cloud Peak Energy.

When it comes to ransomware, you don't always get … END_OF_DOCUMENT_TOKEN_TO_BE_REPLACED

Peyton Carr is a financial advisor to founders, … END_OF_DOCUMENT_TOKEN_TO_BE_REPLACED