You are here: Home / Business / Global Stocks Fall After Week of Gains 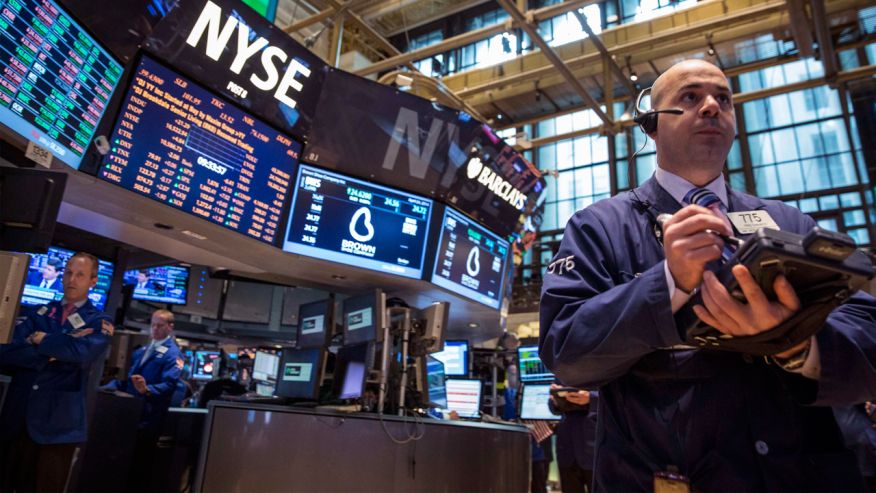 Wall Street treaded water on Monday morning after major deal news in the tech space and ahead of a raft of speeches by Federal Reserve officials. While equity markets were open for business, bond markets were closed in observance of the Columbus Day holiday.

Another merger Monday: Dell announced it will acquire data-storage company EMC Corp (EMC) in a deal worth around $67 billion. That’s the biggest-ever announced technology deal, and sent shares of EMC up as much as 10% ahead of the opening bell.

Perhaps the biggest focus for the market remains on the Fed and when it intends to hike short-term interest rates. Over the weekend, Fed Vice Chairman Stanley Fischer, in a surprise speech Sunday, said while the central bank is expecting to raise rates this year, it’s not guaranteed. He added that the timing of the first increase and every rise after that will depend on developments in the economy – and the health of the overall global stocks economy.

“He basically says that continued uncertainty about the timing of Fed liftoff could result in an unintended tightening of financial conditions and this is an argument ‘to just do it’ sooner rather than later,” Torsten Slok, Deutsche Bank’s chief international economist, wrote in a note.

On Monday, traders expected to hear from Atlanta Fed President Dennis Lockhart gave a speech in the n Orlando at the AUBER conference on his economic outlook. He bolstered the Fed’s view that rate hikes would come by the end of the year, but said after China’s summer slowdown and a weak September jobs report, there is “a touch more downside risk” to the economy.

Following that, Chicago Fed President Charles Evans will speak about the nation’s current economic conditions and monetary policy at the World Steel Association’s annual conference in Chicago at 10:30 a.m.; and Fed Governor Lael Brainard will address his economic outlook and take questions from the audience in Washington D.C., at 4:30 p.m.

Michael Block, chief strategist at Rhino Trading Partners, said in a note: October jobs data is key at this point, but this month’s FOMC meeting is a non-starter for rate hikes.

“The realization and acceptance that data dependence talk is bunk is a relief – lower for longer means more M&A and more leverage and less of a chance for policy accidents. The Fed’s not going to rock the boat, no matter what Fischer says,” Block said.

In the meantime, with no economic data to parse on the calendar, U.S. markets look to follow their European and Asian counterparts higher.

Glencore, the mining and trading company, said Monday it will start the sale process for copper mines in Australia and Chile. Those mines for sale were not included in its debt-reduction plan the company outlined last month. The decision sent shares slumping. European equity markets followed suit. The Euro Stoxx 50, which tracks large-cap companies in the eurozone, declined 0.28%, while the German Dax rose 0.14%, the French CAC 40 slid 0.44%, and the UK’s FTSE 100 declined 0.61%.

A bit of headline news in Asia sent the area’s stock markets higher: The People’s Bank of China expanded a bank lending program, while the Bank of Japan’s governor downplayed the idea of further easing in that nation, and a media report that the corporate tax rate will fall below 30% in Japan. Markets capped the day firmly in positive territory.

Meanwhile, in commodities, global oil prices took a breather after a recent run higher. U.S. crude declined 0.36% to $49.44 a barrel, while Brent, the international benchmark, declined 0.17% to $52.55 a barrel.

When it comes to ransomware, you don't always get … END_OF_DOCUMENT_TOKEN_TO_BE_REPLACED

Peyton Carr is a financial advisor to founders, … END_OF_DOCUMENT_TOKEN_TO_BE_REPLACED