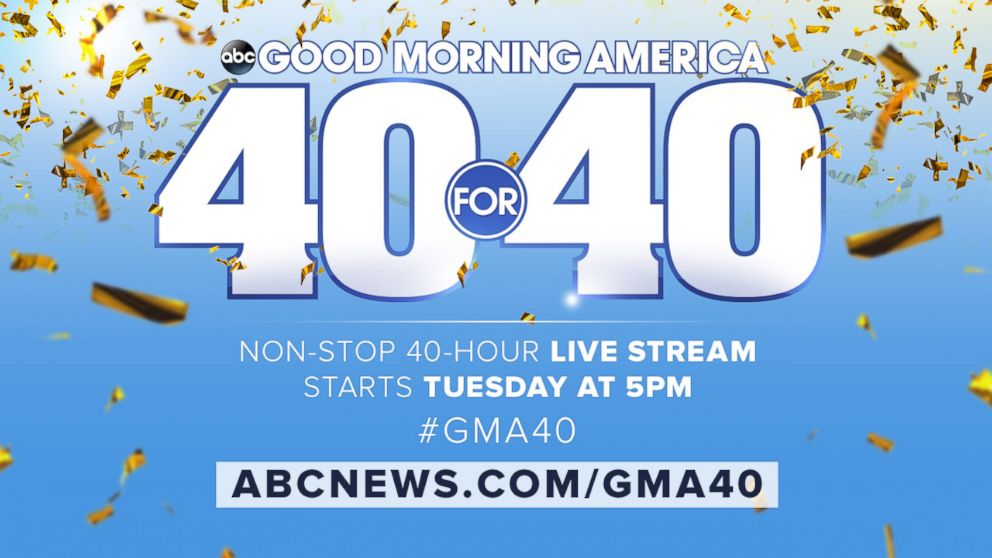 We are just a month away from the release of “Star Wars: The Force Awakens,” one of the most anticipated movies of the year. But we are also in the midst of a 40-hour livestream to celebrate “Good Morning America’s” 40th anniversary.

As part of “GMA 40 for 40,” toy hunter Jordan Hembrough and megafan — brought in their impressive collections of “Star Wars” toys.

First, fans were treated to a rundown of the various “Force Awakens” trailers, including the latest from Japan and overseas. Lots of Rey and Finn, but still no Luke Skywalker.

After a breakdown of the clips and a look at the new Battlefront game, Hembrough showed off some great toys in his collection, including some new gems and some classics.

“This is the original Millennium Falcon,” he said in front of a table full of goodies, including the new Falcon. “The big thing about the franchise and what kept it alive all these years is the toys.”

Toys dating back to 1977 were on display for all the die-hard “Star Wars” fans, as Hembrough explained how valuable these vintage toys can be. The original Falcon in the box can run as much as $500, he said.

Next, die-hard families were given a platform to showcase amazing DIY projects like a “Star Wars” themed bedroom for the kids and a California family that built a replica Death Star on top of their home.

But the special “Star Wars” hour peaked with a toy collector Bill McBride, who a massive collection of Darth Vader merchandise with 60,000 items.

McBride said his collection has happened over 25 years “when I saw [Darth] as a kid, I immediately loved the character.”

“I think [the collection] is worth a lot more than what I paid for it,” he added.

McBride said he owns items well into the $30,000 range in value.

ABC News and Lucasfilm are both part of Disney Co.

When it comes to ransomware, you don't always get … END_OF_DOCUMENT_TOKEN_TO_BE_REPLACED

Peyton Carr is a financial advisor to founders, … END_OF_DOCUMENT_TOKEN_TO_BE_REPLACED