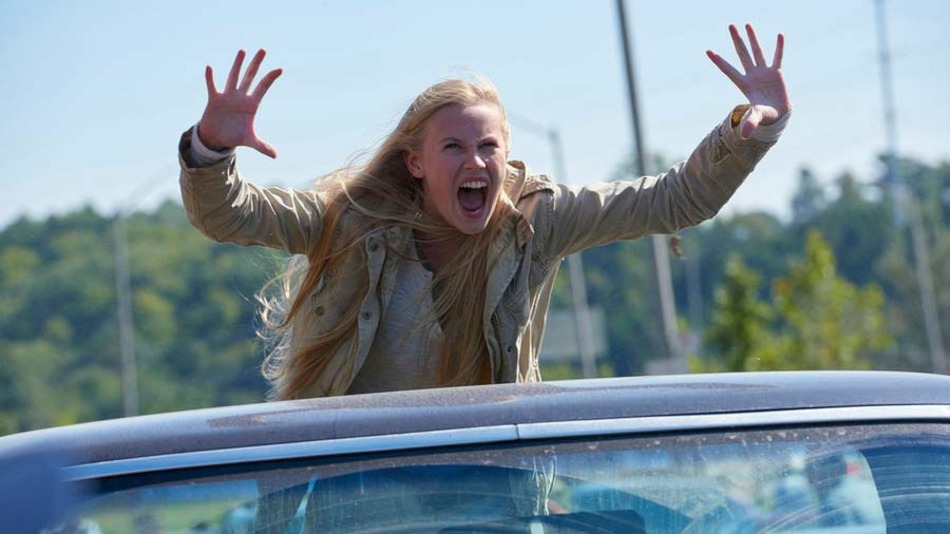 “How do you stop a celestial event?” With mankind facing global annihilation in Heroes Reborn, thanks to an impending H.E.L.E. (human extinction level event), multiple parties have warred with how to prevent a seemingly unpreventable apocalypse.

Everyone seems to agree that the answer rests upon the shoulders of the time-displaced children of the late Claire Bennet — powers-absorbing Tommy Clark, née Nathan Bennet, and his sister Malina, who wields the ability to control the elements — but warring parties differ on how best to use them.

Noah Bennet, the children’s grandfather, believes Tommy and Malina might be able to stop the catastrophe with their powers. Erica Kravid, the leader of the shadowy corporation Renautas, believes that there’s no preventing the end of the world, but there’s a way to start a brave new one.

Her plan involves using Tommy’s current powers as the Master of Space and Time (abilities he borrowed from Hiro Nakamura, currently missing in action) to catapult a veritable handful of hand-selected humans thousands of years into the future, where her company has been dutifully working toward creating a society called Gateway.

It won’t save everyone, but it’ll keep the species alive.

“I think she likes humanity more than human beings,” Noah puts it while driving with his granddaughter Malina.

It’s a compelling conundrum that paints the villains of Heroes Reborn in a new light. Erica’s methods are extreme, but is she wrong in prioritizing the longevity of the species over the salvation of the present? Her interest in keeping humankind alive does not negate the evil she’s committed throughout the miniseries and even deeper into the past, but it adds some much needed nuance to the story.

Too bad we won’t get the resolution of the Heroes Reborn fallout for another several weeks, as Heroes hits pause for the remainder of the year, opting to air its final three episodes in January — and while the philosophical questions about humanity’s future remain compelling, the fall finale’s cliffhangers… well, not so much.

Where did Katana Girl take Tommy? How will Noah survive getting squashed by a car in the middle of a hurricane? How will Carlos and Farrah free Micah Sanders and evade the army of Harrises surrounding Sunstone Manor? Why is Matt Parkman being such a twerp?

These are the questions we’re left pondering over the next few weeks… or not.

Who knows about the future of Horn-Rimmed Glasses and friends, but for many viewers, the near future involves a turkey coma that should keep the Heroes hangover at bay until the new year.

When it comes to ransomware, you don't always get … END_OF_DOCUMENT_TOKEN_TO_BE_REPLACED

Peyton Carr is a financial advisor to founders, … END_OF_DOCUMENT_TOKEN_TO_BE_REPLACED