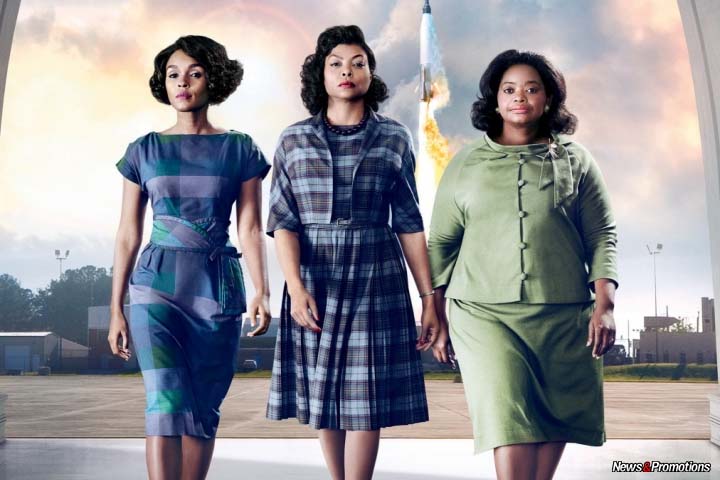 The film ‘Hidden Figures’, about three African-American women employed by NASA, who substantially contributed to the success of the American space program in the ’50s -’60s, was in the first place of the North American box-office this weekend, according to the preliminary numbers published on Sunday by the Exhibitor Relations and quoted by the AFP. The film, with Kristen Dunst, Kevin Costner and Taraji P. Benson in the main roles, got the incomes of 20.50 million euros on this weekend in the U.S. and Canada and 59,68 million euros from its launch four weeks ago. ‘La La Land’, considered as one of the favorites at the Oscars, is on the second position of the top this weekend, with 14.5 million dollars (77,08 million in six weeks). The third place is occupied by the animated musical ‘Sing’, with 13.81 million dollars obtained in three days and 238,5 million dollars in four weeks.

Among the actors who lend their voices to the cartoon characters are Reese Witherspoon, Scarlett Johansson and Matthew McConaughey. ‘Rogue One’, the first of the famous series ‘Star Wars’ is on the fourth place. The film that tells the story of a commando of rebels that attempt to steal the construction plans of the of the ‘Death Star’, the gun of the Empire capable of destroying entire planets, gathered 13,76 million dollars and 502,29 million in five weeks. Fifth place on the box-office is occupied by the horror movie ‘Bye Bye Man’, with 13.38 million dollars.

The scenario of the film is based on a true story presented in a book published in 2005 by the historian specialized in occultism Robert Damon Schneck. The movie presents the urban legend created around Bye Bye Man, a supernatural being which kills all those who think of it or pronounces its name.

When it comes to ransomware, you don't always get … END_OF_DOCUMENT_TOKEN_TO_BE_REPLACED

Peyton Carr is a financial advisor to founders, … END_OF_DOCUMENT_TOKEN_TO_BE_REPLACED