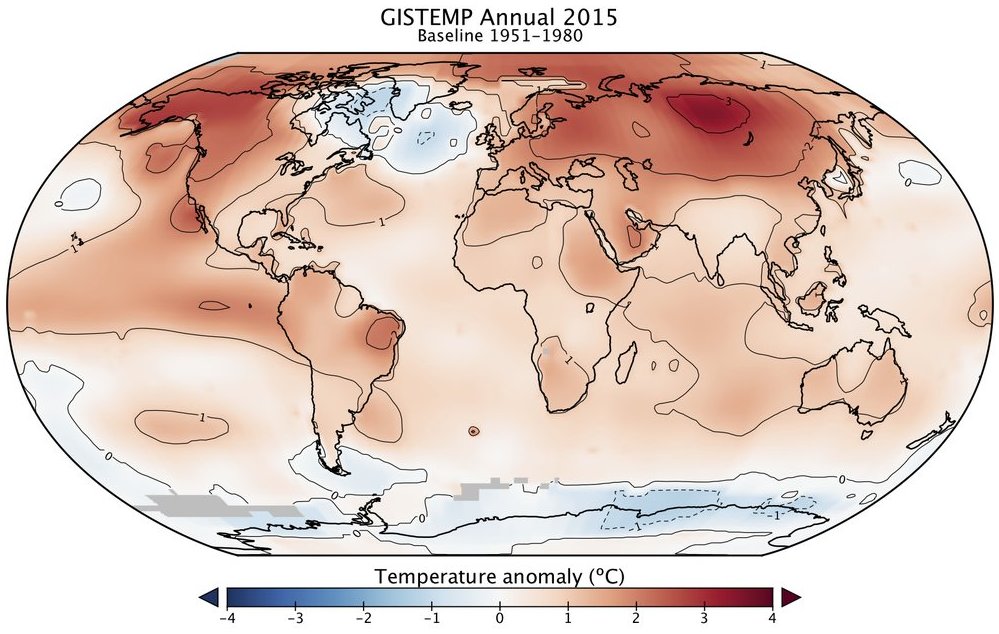 Last week, NASA and NOAA reported that 2015 was the warmest year on record, surpassing the previous record-holder, 2014, by a record margin. And some scientists think that 2015 might not hold the record for very long, with a historic El Niño potentially driving 2016’s temperatures even higher. These records come on the heels of years of record-breaking heat — all told, 13 of the 15 hottest years on record have happened since 2000.

A slew of record-warm years certainly seems consistent with a world that is warming — but what are the odds that the recent warm years were due to natural variation instead of human-induced climate change?

“Natural climate variations just can’t explain the observed recent global heat records, but manmade global warming can,” Stefan Rahmstorf, a professor at the Potsdam Institute for Climate Impact Research in Germany and one of the study’s co-authors, told the Guardian. “It has led to unprecedented local heatwaves across the world, sadly resulting in loss of life and aggravating droughts and wildfires. The risk of heat extremes has been multiplied due to our interference with the Earth system, as our analysis shows.”

Following 2014’s record-breaking heat, several analyses reported that the odds of the record-breaking heat being due to natural variation alone were anywhere from one in 27 million to one in 650 million. But in an op-ed over at RealClimate.org, Michael Mann, professor of meteorology at Pennsylvania State University and a lead author of the study, explained that he and his co-authors thought that those numbers were too small.

That’s because researchers were looking at each year as an individual data point, completely unrelated to the temperatures of the year prior or the year after. That skewed those studies’ analyses, Mann wrote, because “the factors governing one year’s temperature also influence the next.”

Using a combination of real-world observations of average temperatures for the globe and Northern Hemisphere and state-of-the-art climate models (the kind used in the most recent Intergovernmental Panel on Climate Change report), Mann and his colleagues created a million scenarios of natural climate variability. They found that the odds of a similar run of record-breaking years occurring naturally, without the influence of human-caused climate change, was one in 170,000 — more likely than previous studies have suggested, but still very unlikely.

Adding human-induced climate change back into the mix, the study found that the odds of 13 of the 15 hottest years on record occurring since 2000 was 76 percent.

The study was conducted before data for 2015 became available, but Mann and colleagues were able to add that information retroactively. When data from 2015 was included in the study, the odds of the record-breaking streak being due to natural variation were even lower, with the odds being no greater than one-in-300,000.

When it comes to ransomware, you don't always get … END_OF_DOCUMENT_TOKEN_TO_BE_REPLACED

Peyton Carr is a financial advisor to founders, … END_OF_DOCUMENT_TOKEN_TO_BE_REPLACED