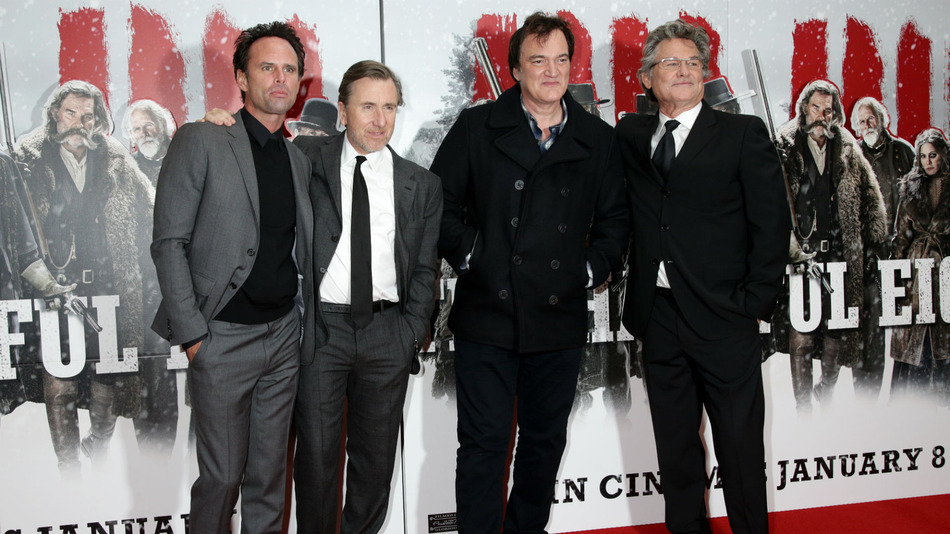 From the “too little, too late” department: The Hive pirate group which recently started leaking a number of very fresh Hollywood movies has posted a statement saying they’re “sorry for the trouble” they caused for leaking Quentin Tarantino’s The Hateful Eight prior to its cinematic release.

In a note posted on Reddit, originally attached to the .nfo file that comes with one of their releases, the group calls for supporters of the movie to watch “all movies in the cinema on a big screen.” While they “never intended to hurt anyone” by releasing Tarantino’s new western so early, the group claims that early pirated releases create buzz for movies, eventually resulting in more people flocking to the cinema.

The uncharacteristically revealing note further claims the movie leaks do not come from a hack but from “a guy on the street.” Last week, The Hollywood Reporter claimed the FBI has traced the leak to Alcon Entertainment’s co-CEO Andrew Kosove, who was sent a screener copy of Tarantino’s movie. Kosove, however, claimed he never saw that DVD.

The note’s author even takes a jab at critique, claiming The Hateful Eight is an “an excellent, thrilling and entertaining Western that combines terrific direction, a fantastic cast, a wonderful script, beautiful photography and a memorable score.”

Originally announcing they will release 40 new Hollywood titles — an unprecedented leak, which includes new and upcoming movies such as The Big Short, Joy and In the Heart of the Sea, the group now says it will stop short of 40. “We think we have done enough already,” the note says.

According to TorrentFreak, the last two movies leaked by the group — Adam McKay’s The Big Short and Duke Johnson and Charlie Kaufman’s Golden Globe-nominated joint effort Anomalisa — were leaked only in private channels, but they eventually found their way to public torrent trackers.

Have something to add to this story? Share it in the comments.

When it comes to ransomware, you don't always get … END_OF_DOCUMENT_TOKEN_TO_BE_REPLACED

Peyton Carr is a financial advisor to founders, … END_OF_DOCUMENT_TOKEN_TO_BE_REPLACED