You are here: Home / Weather / Hold on to Your Wind Turbines, Iowa Kids Will Be Taught Real Climate Science 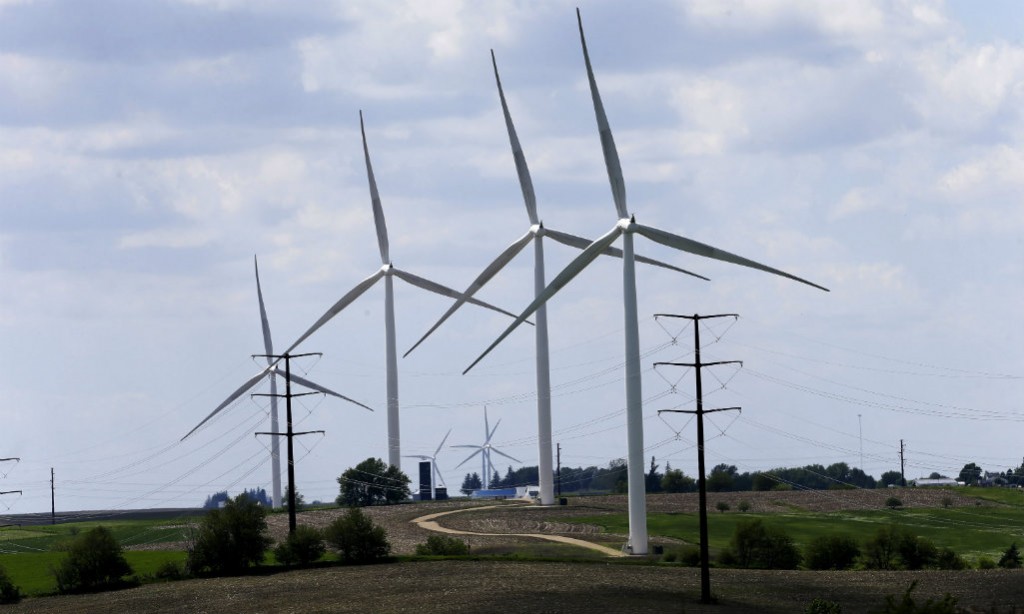 The state that will host the first-in-the-nation caucuses and a Republican presidential debate in January of next year will be teaching its kids mainstream climate science in school.

On Thursday, the Iowa State Board of Education voted unanimously to adopt the Next Generation Science Standards, which set science and engineering educational expectations for public school kids. They are voluntary guidelines that allow states to decide if they want to provide standards that include the teaching of climate science and evolution.

“All Iowa kids will now have access to a world-class science education that includes learning the scientific evidence about human-caused climate change,” said Dr. Maria Filippone, a parent of an Iowa seventh-grader, according to a statement from the advocacy group Climate Parents. Filippone said learning about climate science “will help them develop solutions to the largest problem facing their generation.”

Iowa, a leader in clean wind power production, will play host to more than half a dozen Republican presidential candidates, many of whom have either denied the reality of climate change or questioned it.

Parents across the country have found different ways of talking about climate change with their children, and some start early. Now, instead of sporadic lessons in earth science classes, from grades 8-12, Iowa’s public high school students will now be learning about the evidence that leads the vast majority of scientists to the conclusion that human activity causes climate change.

Despite the unanimous vote, the acceptance of the standards did not come without a fight. A bill introduced by Iowa state Rep. Sandy Salmon would have stopped the NGSS from being implemented. The Cedar Rapids Gazette reported that Salmon was concerned that the standards were developed outside of Iowa, that they covered evolution, and that the standards would “shine a negative light on human impacts on climate change.” The standards were in fact developed by science educators in 26 states, including Iowa, as well as the National Academy of Sciences.

The bill died in committee earlier this year.

“The focus is on promoting the politically controversial topics of climate change, which is a highly debatable topic, man’s impact on the environment, and evolution as a scientific fact,” Rep. Salmon said in May.

The push to get states to adopt the standards, rejecting the backlash from conservative politicians in many states, has been growing over the last several years. Last June, several organizations released the Climate Science Students Bill of Rights, which states that students have the right to, among other things, receive high-quality education “free from ideological or political interference,” that explores “the causes and consequences of climate change.”

In December, West Virginia’s state education board caught flak for passed the standards but altering them so that they cast more doubt on mainstream climate science. They backtracked in January, adopting the scientifically accurate standards.

Last year, Wyoming became the first state to reject the standards, and in fact banned schools from teaching that climate change was caused by humans. The legislature repealed the ban on the NGSS earlier this year, however, leaving the state’s Board of Education to adopt them if they so choose. Thus far they have not.

When it comes to ransomware, you don't always get … END_OF_DOCUMENT_TOKEN_TO_BE_REPLACED

Peyton Carr is a financial advisor to founders, … END_OF_DOCUMENT_TOKEN_TO_BE_REPLACED