You are here: Home / Technology / Honda’s Ridgeline Might Be the Safest on the Market 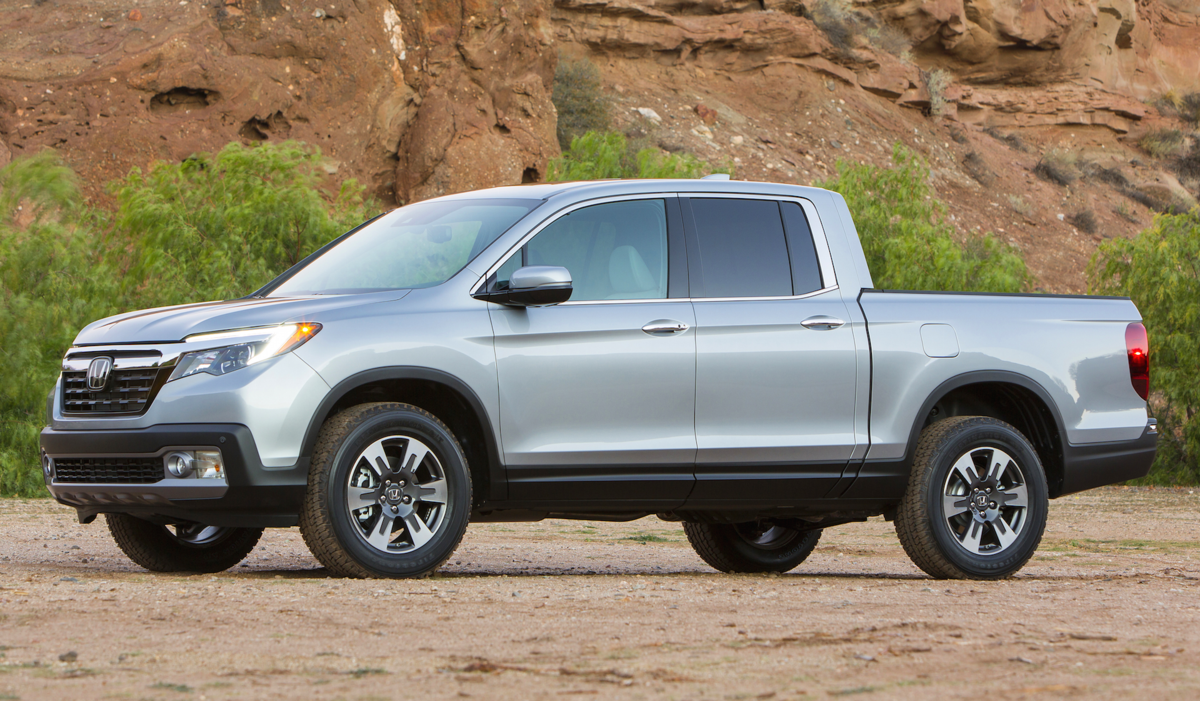 Honda’s second-generation Ridgeline might be one of the safest, most refined mid-size pickups on the market. But you won’t care about that. What you’re going to like is its in-bed features.

Really, more than just the widest flat truck bed floor in its class, the Ridgeline boasts an in-bed audio system, in-bed lockable trunk and a double-action tailgate that both drops down like a traditional truck but also swings to the side. So, clearly, the Ridgeline will be a tailgater’s dream.

The optional in-bed audio system features six exciters — not speakers — that are both waterproof and pump out 540-Watts of sound from the 8.0-inch touchscreen infotainment system in the interior center console. If you want some video to go with that sound, the trunk also features a 400-watt AC power outlet, from which you can power, say, a flatscreen TV.

For keeping your drinks handy — and cool — the lockable in-bed trunk includes a drain-plug. That means that when you’re done with icing your drinks, you can simply drain away the icy water before you drive home. You don’t have to simply fill the 4-foot-wide bed with drinks, though, it can hold 1,600 pounds. So you can load it up with virtually anything you want.

Beyond the truck bed, though, the Ridgeline is more than a tailgate machine. It has a unibody chassis just like the Honda Pilot full-size crossover. That means that unlike, say, the Chevrolet Colorado that has a traditional steel ladder truck frame with a body bolted on top, the Ridgeline’s rigid but exceptionally safe unibody structure is lighter and stiffer than any other truck around.

That translates into a more car-like ride without really sacrificing any of the truck-y capability. That’s underscored by the fact that Honda has used its “packaging magic,” as well as a smooth but powerful 3.5-liter V6 to create one of the best-riding mid-size pickups around.

Intriguingly, unlike any other pickup before it, the base Ridgeline will be front-wheel drive, as compared to every other rear-wheel drive truck on the market. You can, however, buy a Ridgeline with a high-tech and capable torque-vectoring all-wheel drive system. That new AWD system has many drive modes, including Normal, Sand and Snow & Mud.

Regardless if you love the rounded front-end or not, you have to admire all the things the Ridgeline has done. If you think about it, it’s a real family pleaser. It’s good for tech-savvy folks, tailgating enthusiasts and family-haulers who value a smooth but tall ride. Honda, you have my attention.

When it comes to ransomware, you don't always get … END_OF_DOCUMENT_TOKEN_TO_BE_REPLACED

Peyton Carr is a financial advisor to founders, … END_OF_DOCUMENT_TOKEN_TO_BE_REPLACED