You are here: Home / World / Hot Cop of the Castro Arrested in Hit-and-Run 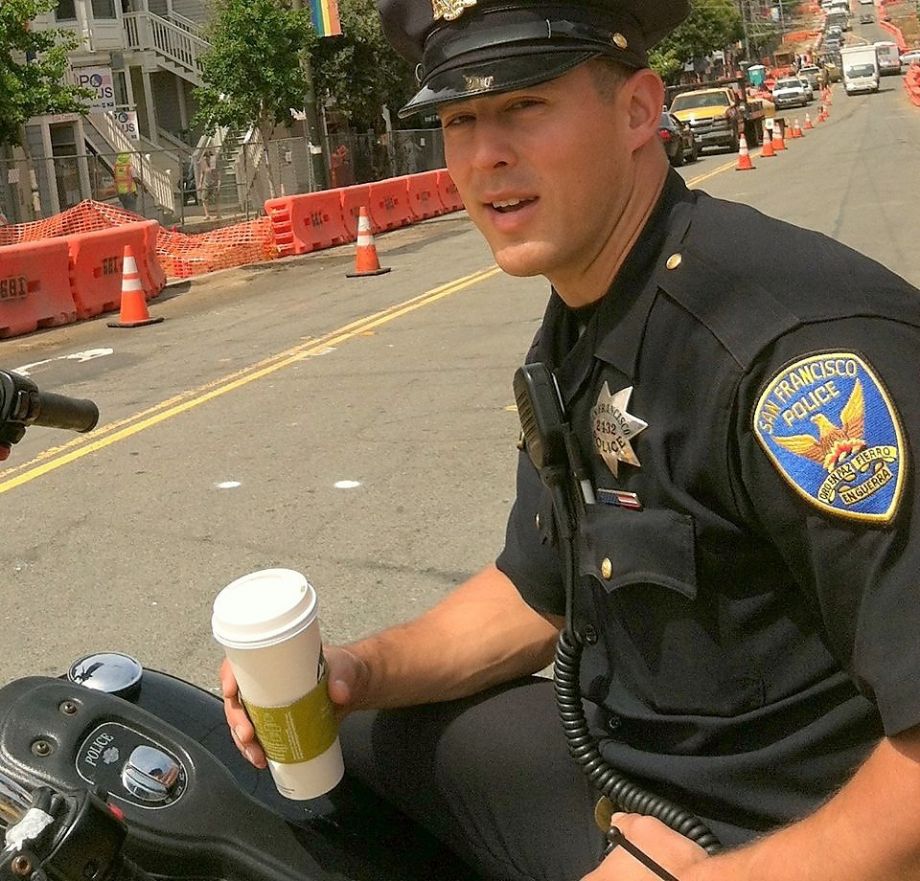 Christopher Kohrs, a San Francisco police officer known affectionately on social media as the “Hot Cop of the Castro”, was arrested early Sunday morning after he allegedly plowed into two men in the city’s North Beach neighborhood and ran off.

Kohrs, 38, was off duty and driving westbound in his 2009 Dodge Charger on Broadway near Montgomery Street when he slammed into the victims, who were crossing the street around 2:20 a.m., police said. The driver ditched the car at the scene and ran away. Police found that the Charger was registered to Kohrs.

Officers later contacted and arrested Kohrs, who was booked in the San Francisco County Jail on suspicion of two felony counts of hit-and-run involving injury.

The victims, two men in their 40s, had serious injuries and were rushed by ambulance to San Francisco General Hospital, police said.

The extent of the victims’ injuries was not immediately known, but police said the men were expected to survive. Investigators were interviewing witnesses and reviewing security video at the scene to piece together the circumstances of the wreck.

Kohrs started getting attention for his chiseled looks and bulging muscles last year when residents in the Castro district, where he often patrolled from the city’s Park Station, began posting his photos on social media.

Fans have since dedicated a Facebook page to Kohrs, where people can post pictures and articles. The latest post features a shirtless Kohrs as the May 2016 calendar model for Fit Cops, an online clothing retailer marketed to police officers.

In August 2014, he used his fame for charity, going shirtless at a benefit event for the Officer Down Memorial Fund, where he did the “Ice Bucket Challenge.”

Anyone with information about Sunday’s incident was urged to call San Francisco police investigators at (415) 575-4444.

When it comes to ransomware, you don't always get … END_OF_DOCUMENT_TOKEN_TO_BE_REPLACED

Peyton Carr is a financial advisor to founders, … END_OF_DOCUMENT_TOKEN_TO_BE_REPLACED